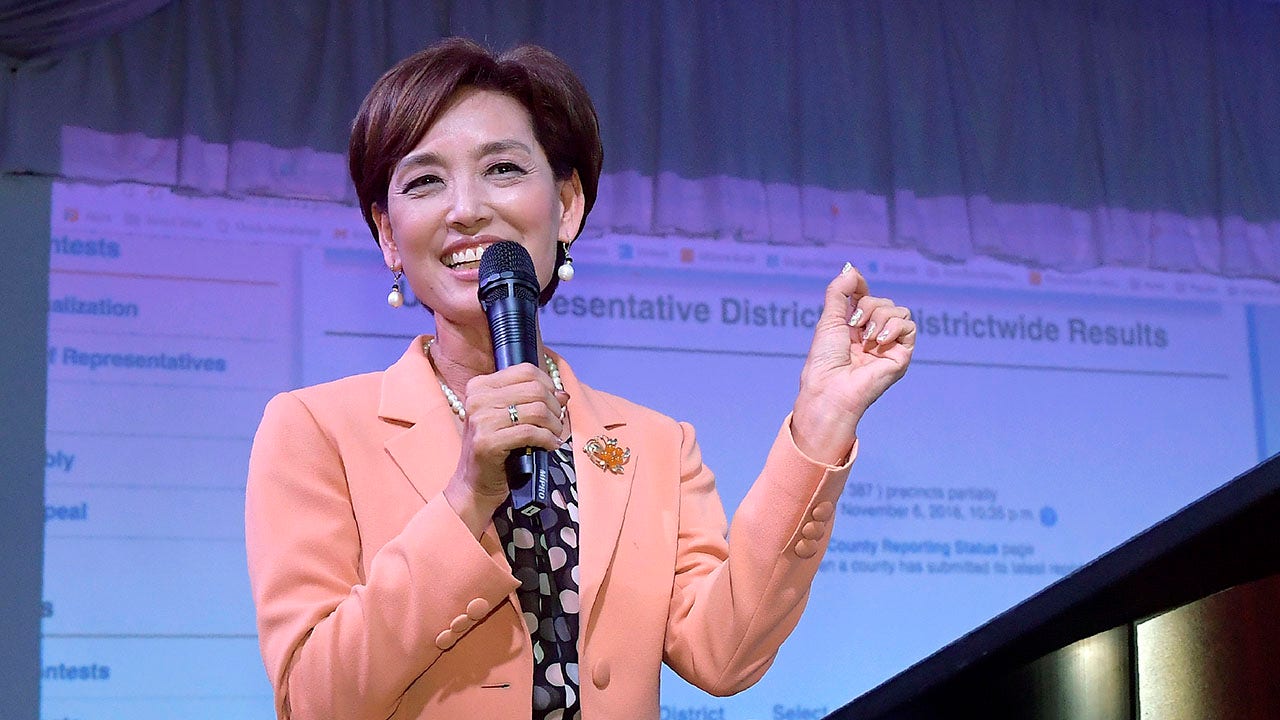 “I would … like to thank everyone who spent countless hours volunteering, donating or who reached out to a friend or family member with our message,” Kim said in a video message posted to her Twitter page. “We would not be here without you and you are always the driving force propelling us forward. Thank you from the bottom of my heart. I’m honored by the trust you have put in me.”

Kim, in an echo of President-elect Joe Biden’s victory speech, said she hoped that voters could now unite to “address the issues our nation faces.”

“Whoever you voted for in this election, I hope you know that regardless of any difference we may have I will always work on your behalf and fight for you,” she said.

Kim, 58, a native of South Korea who emigrated to the U.S. as a child with her family, will become one of the first Korean-American women to serve in Congress. She wrested the state’s 39th District back into Republican hands after Cisneros flipped the normally Republican district in the 2018 “blue wave.”

Cisneros congratulated Kim after the race was called in her favor Friday and in her message, she congratulated him on a “hard-fought race” and thanked him for his military service.

Kim said she looked forward to working with both Republicans and Democrats “to work towards a better future for our community, state and nation.”

She also touched on her experience as an immigrant.

“America is a country where an immigrant girl from South Korea can rise to be a representative in the United States Congress and I will work to continue to keep that promise alive,” she said. “Thank you, thank you for your faith in me and let’s get to work for the 39th district.”

Kim is a former state Assembly member and previously worked for former Rep. Ed Royce, the Republican who retired from his seat before Cisneros flipped it. Young lost to Cisneros in 2018.