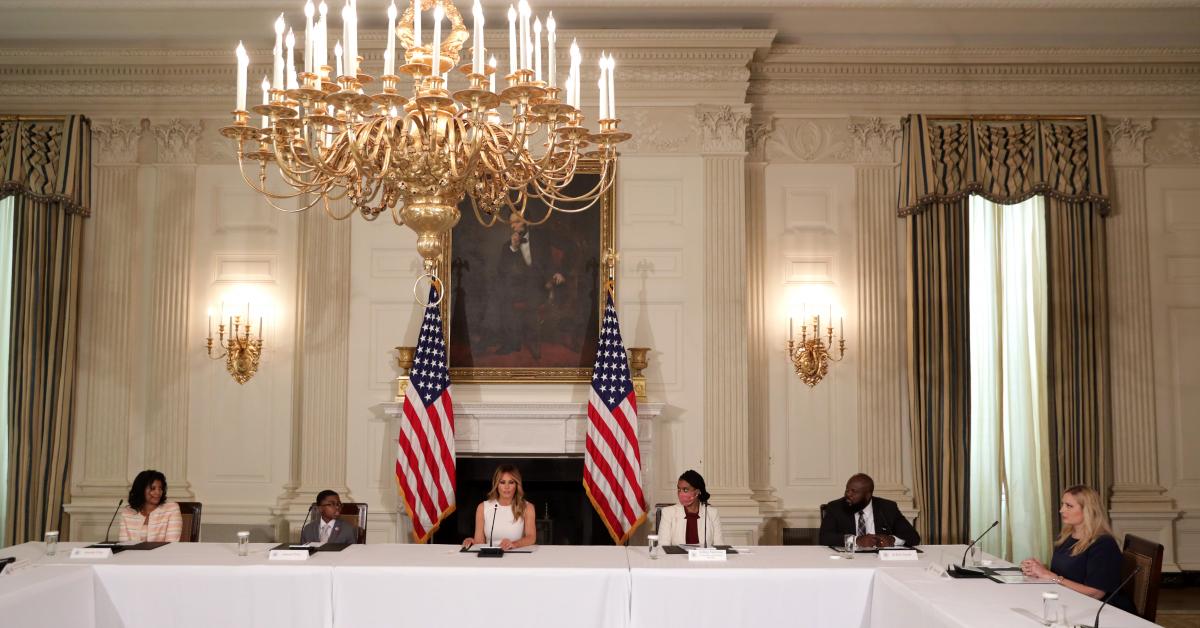 From criminal justice reform and funding for historically black colleges to opportunity zones, the Trump administration has prioritized support for African-Americans. And now the White House is targeting sickle cell disease, a blood disorder that plagues the black community in the U.S.

In a proclamation recognizing September as National Sickle Cell Disease Awareness Month, the Trump White House became the first since 1983 to issue an official presidential proclamation on the issue.

SCD is a chronic, debilitating, inherited condition afflicting 100,000 Americans — primarily African-Americans and, less commonly, Hispanic-Americans. According to the Centers For Disease Control and Prevention, 1 in 13 African-Americans and approximately 1 in 100 Hispanic-Americans carry the SCD gene. SCD patients with two copies of the gene — one from each parent — have blood cells that are sickle-shaped, instead of cylindrical, which causes a disruption in blood flow that can damage many organs, including the brain and kidneys.

“Although we have known about this disease for over one hundred years, too many Americans living with sickle cell still do not receive the quality care they need and deserve,” First Lady Melania Trump said Monday at the White House during a roundtable on the issue. “We have made progress in treating this disease — early identification and new life-saving therapies can help. The President has signed a bill that funds research and treatment, and the Administration has launched a program to provide new training for healthcare workers. But there is still much more to do.”

President Trump signed into law the “Sickle Cell Disease and Other Heritable Blood Disorders Research, Surveillance, Prevention, and Treatment Act of 2018” to reauthorize funding for an SCD prevention and treatment program. Trump’s administration also announced a funding increase for the use of recommended medications for children with SCD.

Jared Brewer, a 22-year-old SCD patient who has suffered with the condition his entire life, joined the White House roundtable on Monday to share his story. Afterwards, he spoke with Just the News about his experience.

“As you get older, it’s less taken serious, because there are initiatives and programs for children that have sickle cell,” Jared Brewer said. “In my opinion, they’re very, very helpful for young young children. But as you get older, you actually start to have to depend on other primary care physicians for your sickle cell. It tends to be less attention in that aspect because, you know, you’re older, so it’s as if you’re okay and you can deal with those problems yourself. Which in reality, I feel like as if there should be some more attention for older people with sickle cell.”

The Department of Health and Human Services has also partnered with the National Academies of Sciences, Engineering, and Medicine to publish the “Strategic Plan and Blueprint for Action” to address SCD. This week, the Centers for Medicare and Medicaid Services is also releasing a new National Sickle Cell Disease Infographic to give more SCD information to both doctors and patients.

Jared Brewer’s father, Jack Brewer, a former NFL football player and member of President Trump’s Black Voices for Trump advisory panel, told Just the News that his son was far luckier than many young children without as much support.

“We need to be talking about these types of diseases,” Jack Brewer said. “And it makes you really wonder why a disease that affects only African-Americans and some Hispanics is never talked about when kids like Jared aren’t even really told what proper treatments that they should take on. He luckily had had the wherewithal and the understanding. His mother’s a doctor, and his father played in the National Football League. So he has more resources than a lot of kids do. And so I really think that’s what this Sickle Cell Awareness Month is all about. It’s about really speaking for those who don’t have a voice and trying to help find some real solutions and eventually a cure.”

Jack Brewer said neither he nor Jared Brewer’s mother were aware that they carried the SCD gene, a fact that he said caused him needless suffering such as overheating and insufficient oxygen flow during high-intensity workouts while a professional athlete. He blamed poor testing protocols in the U.S. healthcare system.

“Now more people are beginning because of this awareness,” Jack Brewer said. “So there are some states that actually require sickle cell trait testing, but not all states. But you know, that’s what this awareness is. That’s why the Trump administration is putting more funding and more programs and more of a focus on sickle cell — so that situations like that don’t happen.”