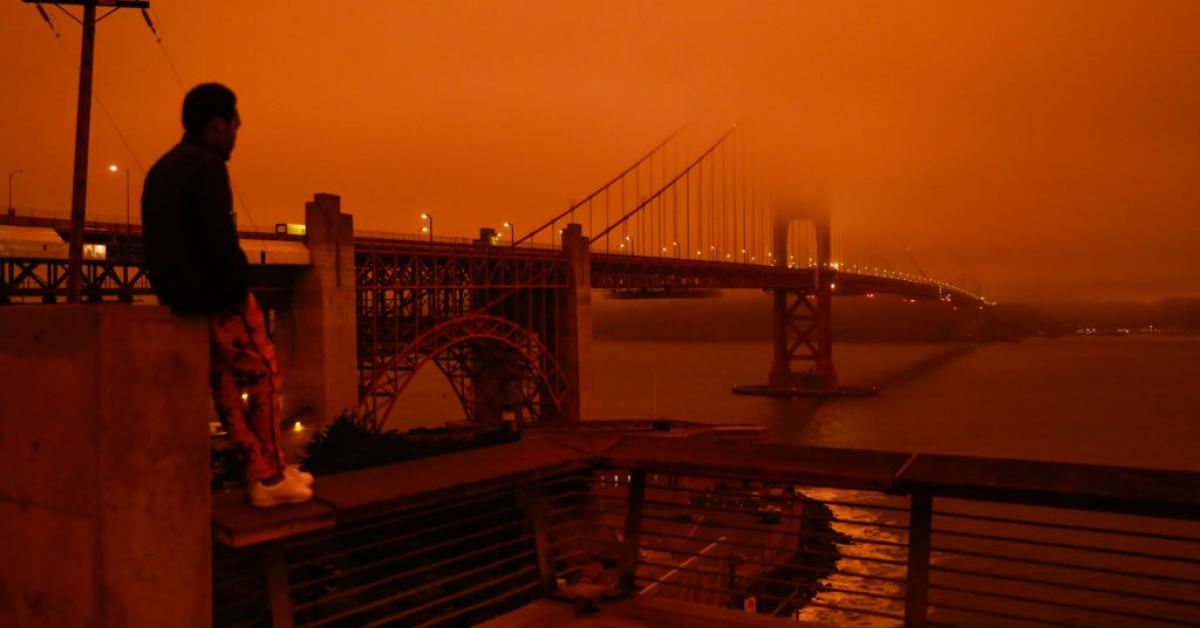 The California wildfires that have destroyed vast swaths of land throughout the state in recent days account for only part of the damage across the West – with other fires blazing in Oregon and Washington that have burned an estimated 3.4 million acres.

Officials say more than 200 wildfires are burning throughout the Western states, killing at least seven people, including a 1-year-old boy in Washington.

The blazes have been fueled by hot, dry air and gusting winds.

In California alone, roughly 20,000 people were under evacuation orders or warnings in Plumas, Yuba and Butte counties. And hundreds, if not thousands, of homes and other buildings are believed to have been damaged or destroyed by the North Complex fire northeast of San Francisco, authorities have told the Associated Press.

On Wednesday, thick smoke blanketed much of the state and cast an orange hue across the sky in the San Francisco Bay area.

In Oregon, numerous wildfires are burning in forested valleys and along the coast, destroying homes and forcing  mass evacuations.

Officials said the number of simultaneous fires and perhaps the damage caused was unprecedented.

In Washington state, a fire burned more than 480,000 acres of forest, brush and shrub land, Gov. Jay Inslee told the wire service Wednesday after a 30-minute tour of the fire area in Sumner, east of Tacoma.