Tony Bobulinski, a former business associate of Hunter Biden, said Wednesday night that he can confirm details regarding his overseas business dealings, including that a reference to a “Big Guy” in a May 13, 2017 email did, in fact, refer to Democratic presidential nominee Joe Biden.

In a lengthy statement, Bobulinski identified himself as the CEO of Sinohawk Holdings, a firm he described as “a partnership between the Chinese operating through CEFC/Chairman Ye and the Biden family.” He added that Hunter Biden and James Gilliar, another business associate, brought him on as CEO of the venture.

“Hunter Biden called his dad ‘the Big Guy’ or ‘my Chairman,’ and frequently referenced asking him for his sign-off or advice on various potential deals that we were discussing,” Bobulinski said. “I’ve seen Vice President Biden saying he never talked to Hunter about his business. I’ve seen firsthand that that’s not true, because it wasn’t just Hunter’s business, they said they were putting the Biden family name and its legacy on the line.” 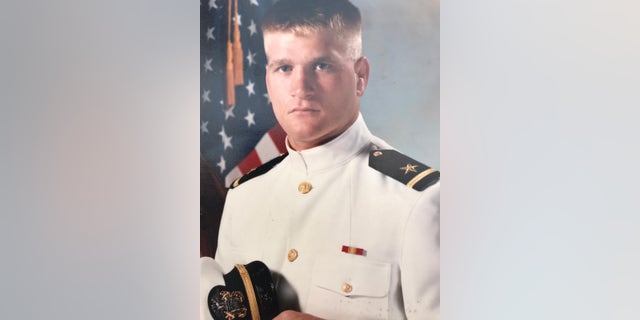 Bobulinski described himself as “the grandson of a 37-year Army Intelligence officer, the son of a 20+ year career Naval Officer and the brother of a 28-year career Naval Flight Officer.” A Navy veteran himself, he served for four years, including a stint as the Naval Nuclear Power Training Command’s chief technology officer, and left the service with a rank of lieutenant.

Bobulinski also said he is “not a political person.”

“I don’t have a political ax to grind; I just saw behind the Biden curtain and I grew concerned with what I saw,” Bobulinski said. “The Biden family aggressively leveraged the Biden family name to make millions of dollars from foreign entities even though some were from communist controlled China.”

Bobulinski attended Kempsville High in Virginia Beach and was a collegiate wrestler at Penn State University from 1990 to 1995. An interview he conducted with the Daily Collegian, Penn State’s school newspaper, is still available on its website.

Bobulinski was named on emails first published by the New York Post and later obtained by Fox News. The emails were taken from a laptop that purportedly belonged to Hunter Biden.

In his statement, Bobulinski confirmed that a key email from that report was genuine.

The email, dated May 13, 2017, included a discussion of “remuneration packages” for six people in a business deal with the now-bankrupt Chinese firm CEFC China Energy Co. The email includes a note that “Hunter has some office expectations he will elaborate.” A proposed equity split references “20” for “H” and “10 held by H for the big guy?”

“I realized the Chinese were not really focused on a healthy financial [return on investment],” Bobulinski said. “They were looking at this as a political or influence investment. Once I realized that Hunter wanted to use the company as his personal piggy bank by just taking money out of it as soon as it came from the Chinese, I took steps to prevent that from happening.”

The Biden campaign has repeatedly denied that Joe and Hunter Biden engaged in any wrongdoing. During last month’s first presidential debate, Joe Biden said allegations against Hunter had been “totally discredited.”

“If the media and big tech companies had done their jobs over the past several weeks I would be irrelevant in this story,” he said. “Given my long-standing service and devotion to this great country, I could no longer allow my family’s name to be associated or tied to Russian disinformation or implied lies and false narratives dominating the media right now.”