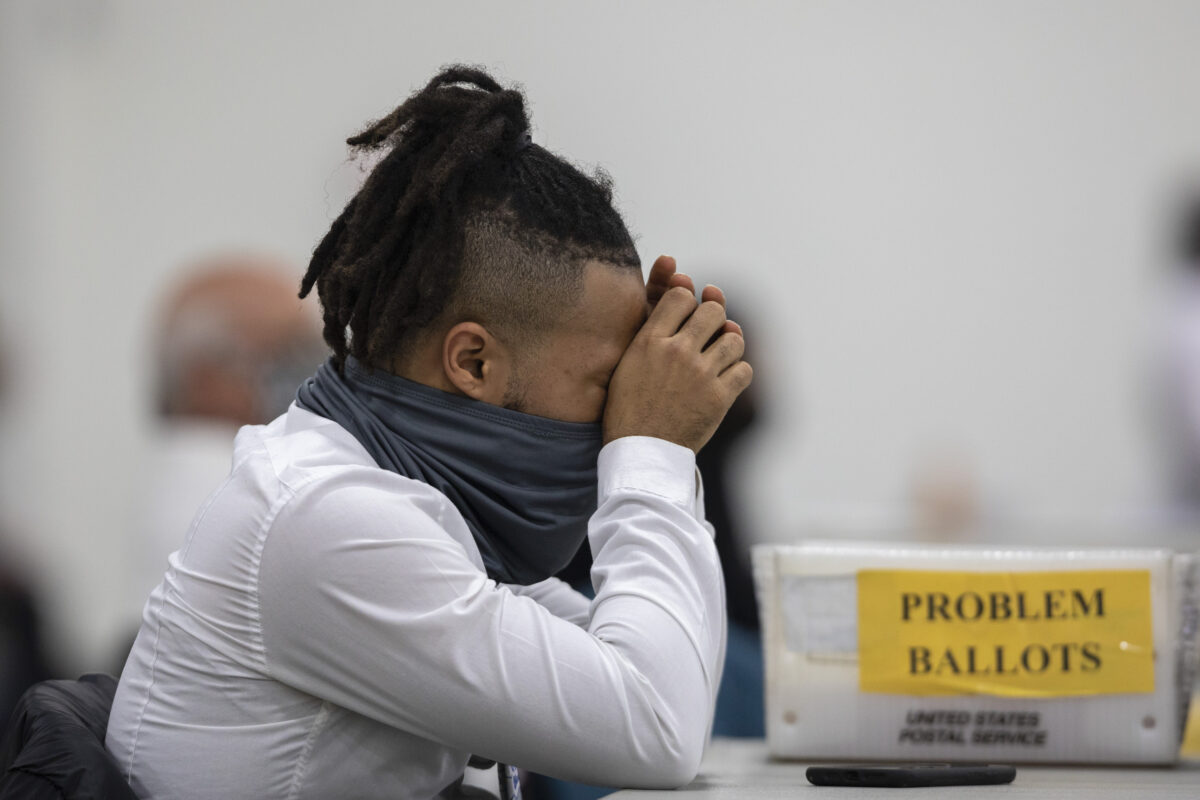 In the second reversal in as many days, two Republicans on a county elections board in Michigan rescinded their votes that had certified their county’s results in the 2020 election.

Wayne County Board of Canvassers Chairperson Monica Palmer and board member William Hartmann signed sworn affidavits on Nov. 18 testifying that they voted to certify the election results the day before only because they were promised that a full audit of the election would take place to address their concerns. After learning that no audit would occur, they rescinded their votes.

“Vice-Chairman Jonathan Kinloch gave me assurances that voting for the certification of the November election would result in a full, independent audit of Detroit’s unbalanced precincts,” Palmer wrote, according to an affidavit obtained by Just The News. “I relied on that assurance and voted to certify the election based on that assurance.

“Later that evening, I was sent statements that Secretary Jocelyn Benson made saying that she did not view our audit resolution to be binding,” Palmer continued. “As a result of these facts, I rescind my prior vote to certify Wayne County elections.”

Prior to the vote on Tuesday, Hartmann determined that 71 percent of Wayne County’s Absent Voter County Boards were not balanced without any explanation. After initially voting against certifying the results and deadlocking on the board’s certification, he and Palmer changed their votes after being promised an audit.

“I was enticed to agree to certify based on a promise that a full independent would take place,” Hartmann wrote in an affidavit obtained by Just The News. “Until these questions are addressed, I remain opposed to certification of Wayne County results.”

In his affidavit, Hartmann listed a number of other concerns about the election, including an unresolved question about private money being used to pay poll workers.

“I am also concerned about the use of private monies directing local officials regarding the management of the elections, how those funds were used, and whether such funds were used to pay election workers. I have not received answers to these questions, and I believe the people of Michigan deserve these answers,” he wrote.

Both Hartmann and Palmer say they were berated after they voted against certifying the results. Palmer said that the abuse went so far as to have “threatened me and members of my family.” President Donald Trump tweeted about the matter on Nov. 18.

“Then they were threatened, screamed at, and viciously harassed, and were FORCED to change their vote, but then REFUSED, as American patriots, to sign the documents. 71% MESS. Don’t Harass!” the president wrote.

Trump had weighed in on the situation in Wayne County just after the initial vote, calling the two GOP canvassers courageous.

“Wow! Michigan just refused to certify the election results! Having courage is a beautiful thing. The USA stands proud!” he said.

Michigan Secretary of State Jocelyn Benson, a Democrat, had called the discrepancies in Wayne County “bookkeeping errors” on Nov. 18 and hailed the Republican’s initial decision to certify the results after they were holding back as the right thing to do.