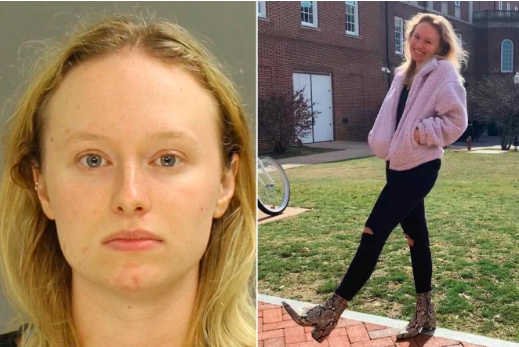 The president of Pennsylvania’s Franklin and Marshall College is helping raise money for a student arrested at riots in Lancaster, Pa., who was charged with arson, among other felonies.

Facing pressure from the student body to speak out in favor of junior Kat Patterson, university president Barbara Altmann took to social media to thank students for creating a GoFundMe for Patterson and wrote that “many of us in our community will be contributing.”

“We stand by our students’ constitutional right to protest,” Altmann wrote. “And affirm a presumption of innocence.”

Patterson was arrested Sunday night during riots over a police officer who shot and killed a man who rushed at him with a knife. She was charged with multiple crimes, including felony arson and riot, and bail was set at $1 million for her release. Students who pushed Altmann to support Patterson said she was wrongfully charged and was present at the riot only to serve as a medic.

The school’s Black Student Union started the GoFundMe for Patterson. Many campus organizations, including her sorority Kappa Delta and the College Democrats, said they will “contribute to her bail fund shamelessly and unapologetically.” It has thus far raised just over $44,000.

Days before Patterson’s arrest, Kappa Delta’s Franklin and Marshall chapter showcased her in a recruitment on their Instagram page. Patterson said the sorority helped her “grow exponentially as a person.”

“Every day, the women in KD inspire me to pursue my dreams and change the world, and I love them for that,” Patterson was quoted as saying.

Less than a week later, the sisterhood posted that it was trying to raise $10,000 to get her out of jail.