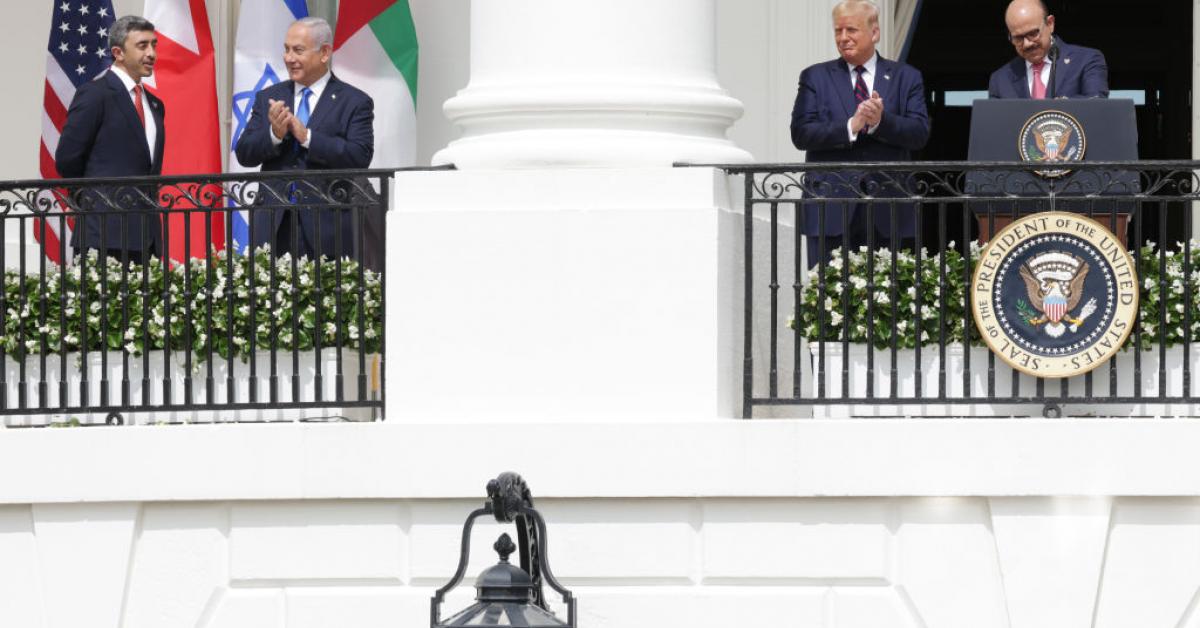 The leaders of Israel, Bahrain and the United Arab Emirates on Tuesday signed a historic peace agreement at the White House.

President Trump declared at the South Lawn event declared “the dawn of a new Middle East” and expressed hope that the pact will lead to a new order in the Mideast.

President Trump will host a White House ceremony Tuesday for the signing of the historic peace deals between Israel and the two Gulf Arab nations of Bahrain and the United Arab Emirates.

The ceremony, a series of events, will begin in the morning and include Israeli Prime Minister Benjamin Netanyahu and the Emirati and Bahraini foreign ministers.

About 700 people have been invited to the South Lawn ceremony, in which the president hopes to showcase his international diplomacy, with the presidential election now just weeks away.

Trump says the agreement will result in other nations in the region signing similar deals and result in more permanent Middle East peace.

“Everyone said this couldn’t happen,” Trump said Tuesday morning on the Fox News Channel. “We have many others that will be coming in over a short period of time.”

In addition to the individual bilateral agreements signed by Israel, the UAE and Bahrain, all three will sign a trilateral document, officials told the Associated Press.

The agreements won’t end wars but will formalize the normalization of the Jewish state’s improving relations with the two countries. They also do not addressing the longstanding Israeli-Palestinian conflict but could lead to a broader Arab-Israeli coexistence after two wars in recent decades.

Critics of the deals say they ignore the Palestinians, who have rejected them as a betrayal to fellow Arabs.

Trump also suggested Tuesday that the Palestinians would join in the effort.

Others invited to the White House ceremony include representatives of supporting nations from the Washington-based diplomatic corps and some congressional Democrats, the wire service also reports.