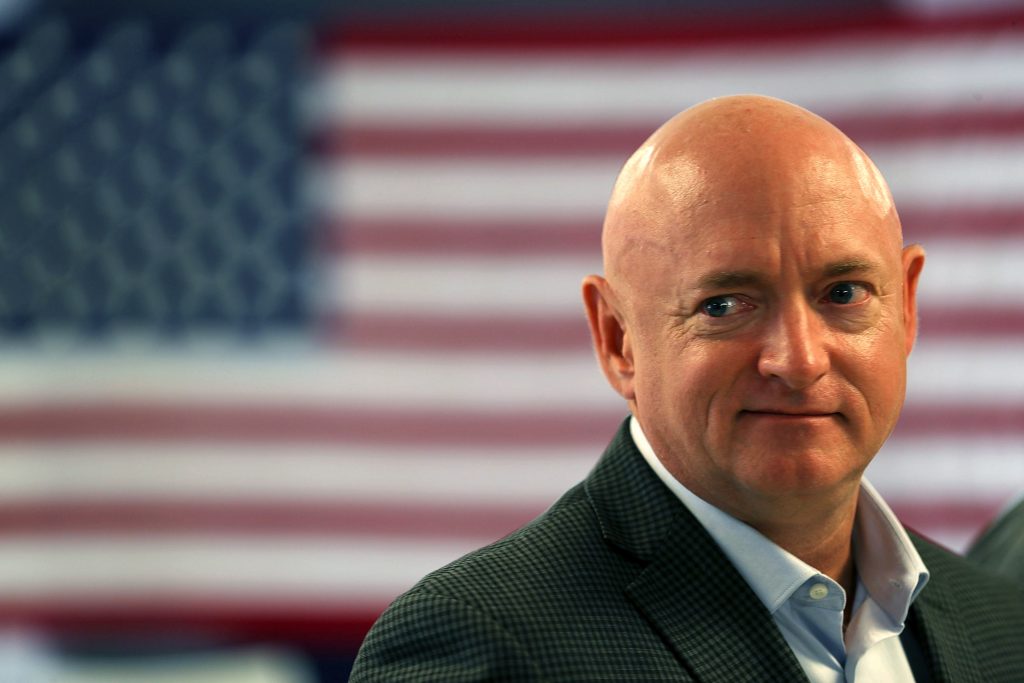 Kelly, who is currently leading in the race against incumbent senator Martha McSally (R.), has been a vocal advocate for stricter gun laws since the 2011 assassination attempt on his wife, former congresswoman Gabrielle Giffords. He condemned the death threat against Gosar on Twitter on Tuesday, a week after Gosar’s office received the calls, but did not mention that the suspect was an active Kelly supporter on social media.

“I know what it means to have an act of violence committed against a member of Congress and family member,” said Kelly on Twitter. “I strongly condemn this threat against Rep. Gosar. Threats of violence like this are wrong. I’m glad Capitol Police is investigating.”

Kelly did not respond to a separate request for comment from the Washington Free Beacon.

“All of us, conservatives and progressives, should be united in the condemnation of political violence,” said Gosar. His office said it has not received an update yet from the U.S. Capitol Police.

“Since you supported a child rapist who has 65 years of crimes and you are doing shit about Covid, and I’ve had people die, I think it’s totally okay for me to come with my gun and shoot you in the head,” a woman can be heard saying in one of the messages. “That’s what we think of you, Mr. Gosar. You are a murderer supporter and you are going down.”

Spangenberg’s Facebook profile indicates that she is active in progressive politics. Her main photo was a Mark Kelly for Senate logo, and other pictures showed her supporting a campaign for more public school funding, according to screenshots published on Saturday by the Arizona Daily Independent.

McSally has accused him of avoiding public appearances in the race. She recently challenged him to seven debates, including a nationally televised debate on CNN. The candidates are only scheduled for two debates at the moment.

“He’s hiding in a bunker,” said McSally on KTAR News last week. “Nobody knows what his positions are on things.”