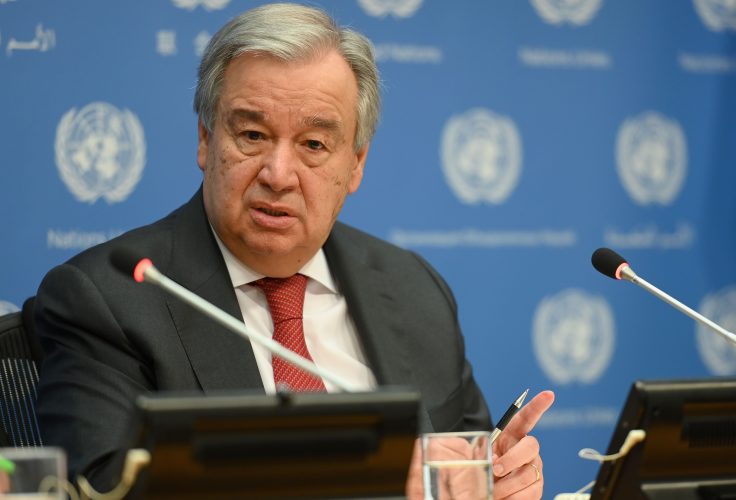 The United Nations secretary general said the global coronavirus pandemic was the result of “millennia of patriarchy.”

“The pandemic is only demonstrating what we all know: that millennia of patriarchy have resulted in a male-dominated world with a male-dominated culture which damages everyone—women, men, girls, and boys,” U.N. Secretary General Antonio Guterres said in an August 31 speech shared by the official U.N. Twitter account this weekend.

“We must also emerge from this crisis with women’s equal leadership and representation,” Guterres added in his speech. “The past months have seen a growing recognition in the media and through academic research highlighting what we have known anecdotally for years: that women leaders are extremely effective. Women heads of state, ministers of health, health workers and community leaders are winning widespread recognition for their empathy, compassion, communication, and evidence-based decision-making.”

The United Nations and many of its subsidiary organizations support programs that benefit countries with long records of violating women’s rights.

China—a country that the U.N.’s World Health Organization defended vehemently in the early days of the coronavirus pandemic—is one of the worst abusers of women’s rights in the world. Women from minority ethnic groups in China have been subject to forced abortion, rape, and infanticide. And China’s one-child and two-child policies in recent decades have led to an en masse “gendercide,” or the mass-scale abortion and elimination of female Chinese children.

“There are tens of millions of missing girls in China today,” Rep. Chris Smith (R., N.J.) said in a 2016 congressional hearing. “It is a predictable consequence of Beijing’s cruel and barbaric child limitation policies and cultural preference for boys.”

Accordingly, China is a hotspot for serial sex and even bride trafficking of women, especially those abducted from neighboring parts of Southeast Asia. China faces a looming demographic crisis in which millions of young men will be unable to find a spouse.

The United Nations Population Fund (UNFP)—which the Trump administration halted support for in 2017 and the Democratic platform calls for rejoining—assists in Chinese population control that disproportionately harms women.

“The [UNFP] continues to partner with the [Chinese government] on family planning, and thus can be found to support, or participate in the management of China’s coercive policies,” a 2017 Department of State brief reads.