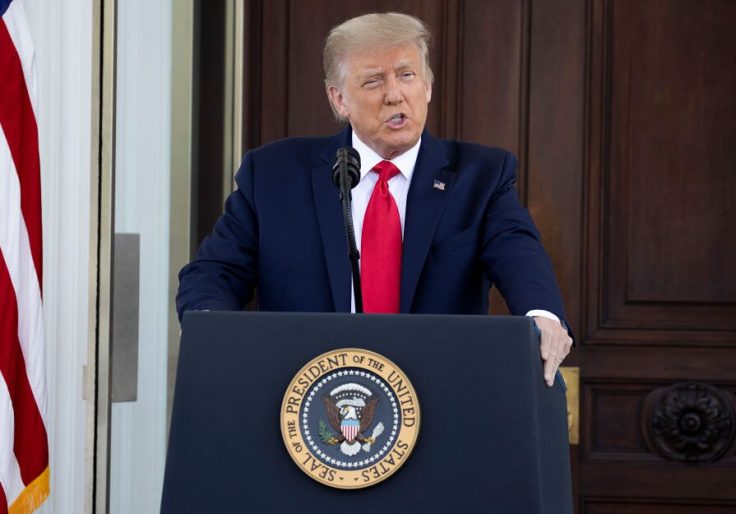 Trump tweeted that the Department of Education is “looking” into whether California schools are teaching the project, saying, “If so, they will not be funded!”

The controversial 1619 Project, which the Times published last year, argues that the founding of the United States can be traced to 1619—the year African slaves first arrived in the American colonies. Since its release, prominent American historians have criticized the project for its historical inaccuracies, and Senate Republicans have already introduced legislation to cut federal funding to schools that teach its educational curriculum, which the Pulitzer Center has already distributed to “thousands of classrooms.”

“The New York Times‘s 1619 Project is a racially divisive, revisionist account of history that denies the noble principles of freedom and equality on which our nation was founded,” said Sen. Tom Cotton (R., Ark.) in July. “Not a single cent of federal funding should go to indoctrinate young Americans with this left-wing garbage.”

Trump’s tweet follows a Friday White House memo announcing the Office of Management and Budget will cut funding for employee training workshops in federal agencies that teach that “the United States is an inherently racist or evil country.”

“It has come to the President’s attention that Executive Branch agencies have spent millions of taxpayer dollars to date ‘training’ government workers to believe divisive, anti-American propaganda,” wrote OMB director Russell Vought. “The President has directed me to ensure that Federal agencies cease and desist from using taxpayer dollars to fund these divisive, un-American propaganda training sessions.”