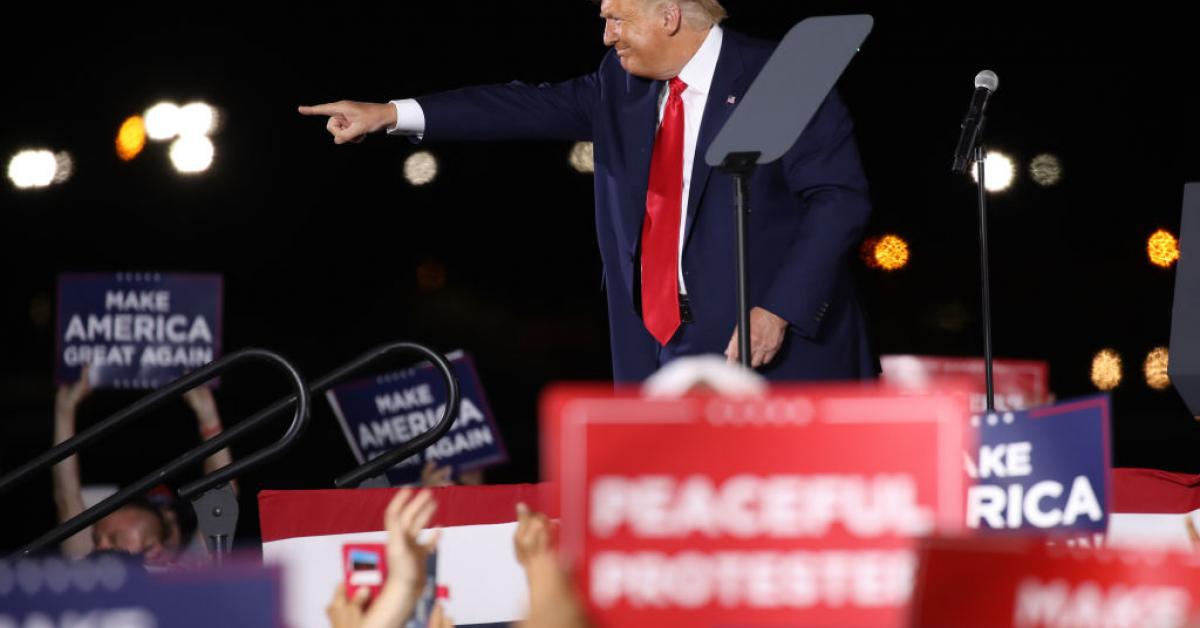 At President Trump’s Sunday evening rally in Henderson, Nevada, a crowd of supporters began chanting “lock him up,” referring to former President Obama. Trump had accused his predecessor of being caught spying on his winning 2016 presidential campaign.

Rally attendees began chanting “lock him up,” a play on the “lock her up” refrain encouraged by Trump during his 2016 run against Hillary Clinton. Clinton stood accused by her former opponent of operating a private email server as secretary of State.

Evidence suggesting that members of Obama administration spied on the Trump campaign out of the belief that it was colluding with Russia has resulted in a Justice Department probe in which an FBI lawyer has pleaded guilty to altering a document to get surveillance on a campaign adviser.

In recent months, Trump has increased the frequency with which he accuses Obama of committing crimes pertaining to the former’s first presidential run.

“Treason. Treason. It’s treason. They’d been spying on my campaign. … Let’s see what happens to them now.” Trump told the Christian Broadcasting Network in June.

In late 2019, the Justice Department’s inspector general told the Senate that neither Barack Obama, nor current Democratic presidential nominee Joe Biden, were involved with the decision to open the controversial investigation into the president’s 2016 campaign.