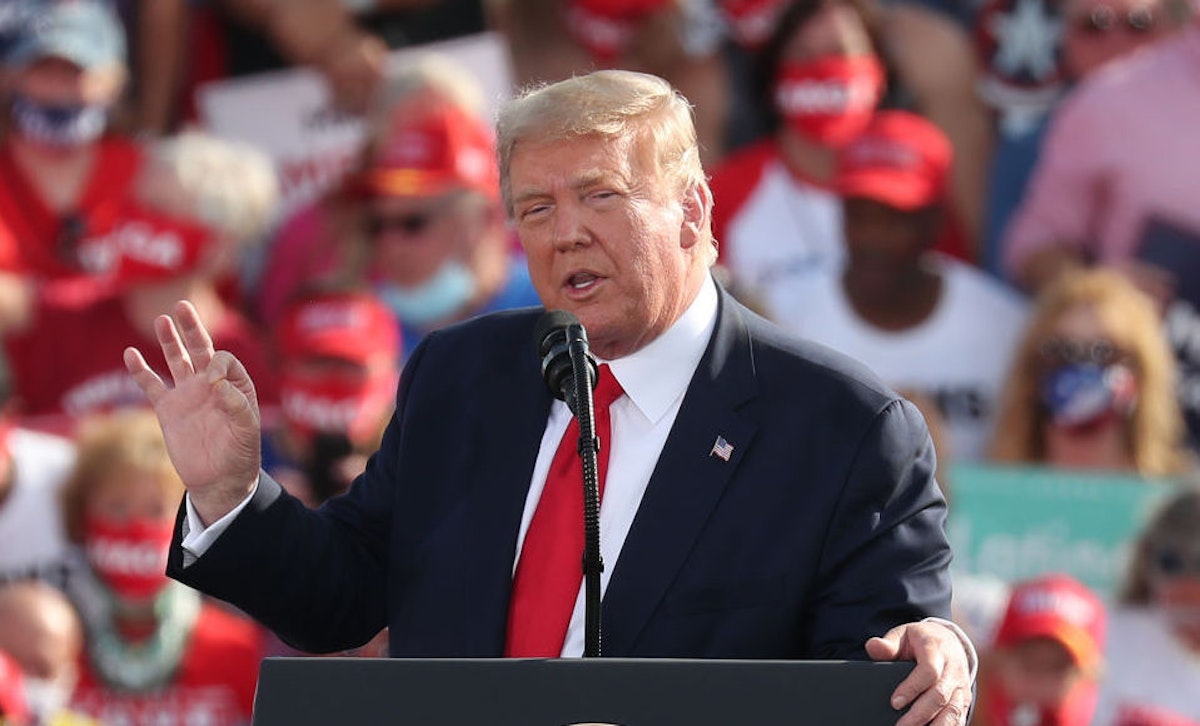 President Donald Trump took a moment during his Michigan rally on Saturday evening to offer well-wishes to Democratic vice presidential nominee Sen. Kamala Harris (D-CA), who cancelled her travel plans through Sunday after one of her top staffers tested positive for coronavirus.

Harris cancelled her travels plans through Sunday out of what the campaign described as an “abundance of caution” following her communications director and a flight crew member tested positive for coronavirus, reports The New York Times.

“Both the crew member and the staff member were wearing N95 masks at all points they were near me, and our doctors believe that we were not exposed under CDC guidelines. Out of an abundance of caution, I will cancel travel through Sunday and continue to campaign virtually,” tweeted Harris. “I will be transparent with you about any test results that I do receive. In the meantime, remember: wear a mask, practice social distancing, and wash your hands regularly. It is possible to stop the spread.”

I will be transparent with you about any test results that I do receive. In the meantime, remember: wear a mask, practice social distancing, and wash your hands regularly. It is possible to stop the spread.

Trump returned to campaigning last Saturday after recovering from his bout with coronavirus, which required a three-day hospital stay at Walter Reed Medical Center. Upon returning home, the president limited his in-person public appearances until 10 days after he tested positive, at which point he made brief remarks at an outdoor White House event.

The president has multiple appearances scheduled for the coming days, including a rally in Carson City, Nevada, on Sunday, rallies in Prescott and Tucson, Arizona, on Monday, and rallies later in the week in Erie, Pennsylvania, and Gastonia, North Carolina.

For her return to the campaign trail, Harris will travel to Orlando and Jacksonville, Florida, a state that begins the early-voting period on Monday, October 19, reports The Hill. In 2016, Trump beat Democratic nominee Hillary Clinton in Florida by 1.3%.

According to the RealClearPolitics polling average, Biden is leading Trump in the Sunshine State by an average of 1.4 points. The most recent poll in the state shows the two candidates tied, and the second most-recent poll, conducted by the Trafalgar Group, showed Trump ahead of Biden by 2 points in the state.