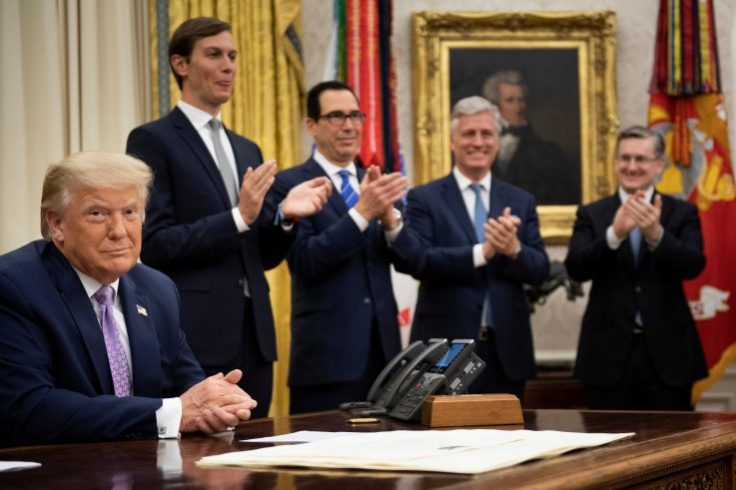 OSLO (Reuters) – A Norwegian lawmaker has nominated Donald Trump for the Nobel Peace Prize for 2021 for helping broker a deal between Israel and the United Arab Emirates, the second time he has put forward the U.S. president for the honor.

Thousands of people are eligible to nominate candidates for the Nobel Peace Prize, including members of parliaments and governments, university professors and past laureates.

The Norwegian Nobel Committee, which decides on the award, declined to comment.

“It is for his contribution for peace between Israel and the UAE. It is a unique deal,” Christian Tybring-Gjedde, a member of parliament for the right-wing Progress Party, told Reuters.

Tybring-Gjedde, who nominated Trump for the 2019 award for his diplomatic efforts with North Korea, said he also nominated him this year because of the U.S. troop withdrawal from Iraq.

Last year Trump said he deserved to be awarded the Peace Prize for his work on North Korea and Syria, but he complained he probably would never get the honor. Former President Barack Obama, a nemesis of Trump, won the prize in 2009 just months into his first term in office.

Nominations for this year’s award closed on Jan. 31 and the winner will be announced on Oct. 9 in Oslo.