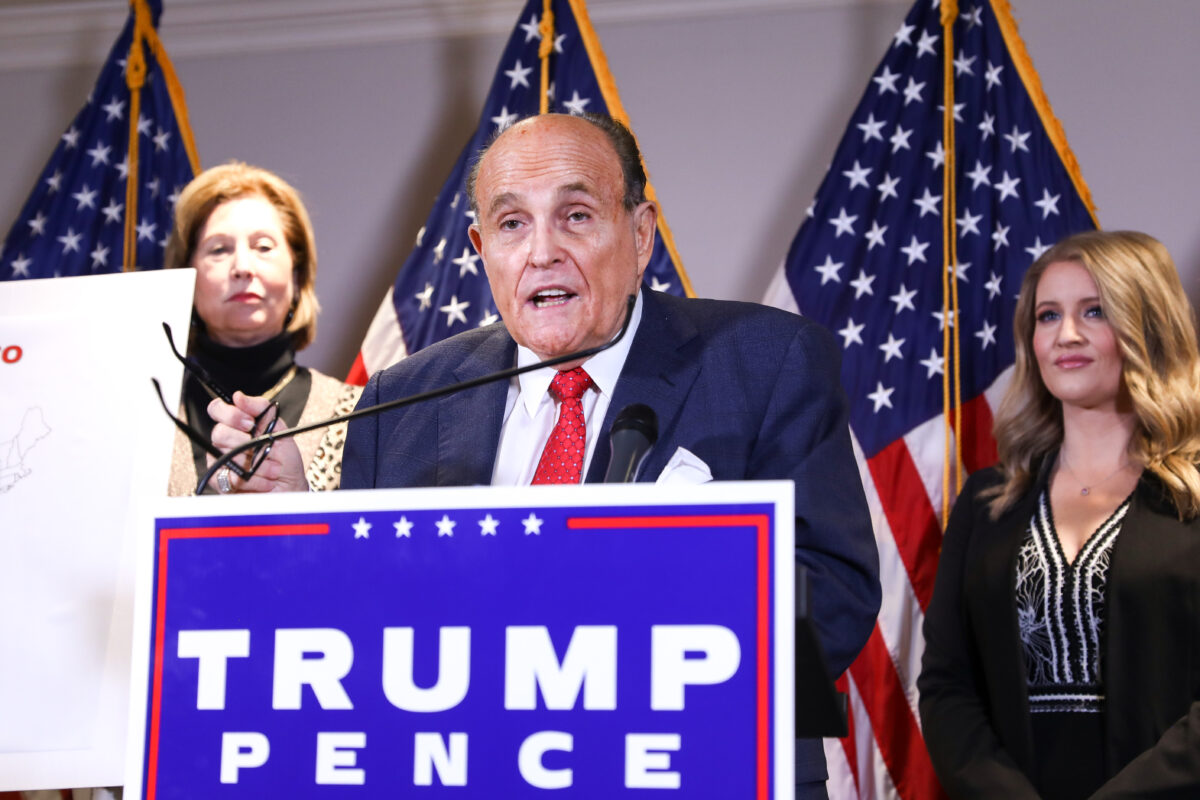 An attorney representing President Donald Trump’s campaign filed (pdf) a three-page letter in the U.S. Third Court of Appeals requesting an oral argument in its case to throw out votes in Pennsylvania.

“Over 70 million Americans voted for President Donald J. Trump. The Campaign’s claims should be heard on the merits, and not dismissed for perceived procedural irregularities. America’s voters need to have confidence in our electoral system, including those who administer it, and the judiciary which reviews that administration,” according to a letter from Marc A. Scaringi’s law firm, which is representing Trump.

The letter furthermore asked the Third Circuit to overturn a district court’s ruling denying Trump’s request to file a second amended complaint to overturn the results in Pennsylvania.

It also asks that former New York City Mayor Rudy Giuliani be “pro hac vice,” meaning “for or on this occasion only,” for the argument.

Trump’s campaign filed its initial complaint on Nov. 9 that sought to block Pennsylvania from certifying the election results due to alleged irregularities and fraud.

U.S. District Judge Matthew Brann, an Obama appointee, denied the request, leading to the campaign’s appeal to the Third Court.

“If the Court has any questions that the Appeal should be granted, Plaintiffs believe that oral argument would be helpful to address arguments raised by Defendants and Intervenors which were not raised below, including undue delay, the relevant date for relief, prejudice, mootness, and the basis for the Court’s decision,” the campaign’s lawyers said, adding that an “oral argument would be helpful to explain why this Court should not hear issues of alleged futility, which were not raised or decided below when the Motion to Amend was denied.”