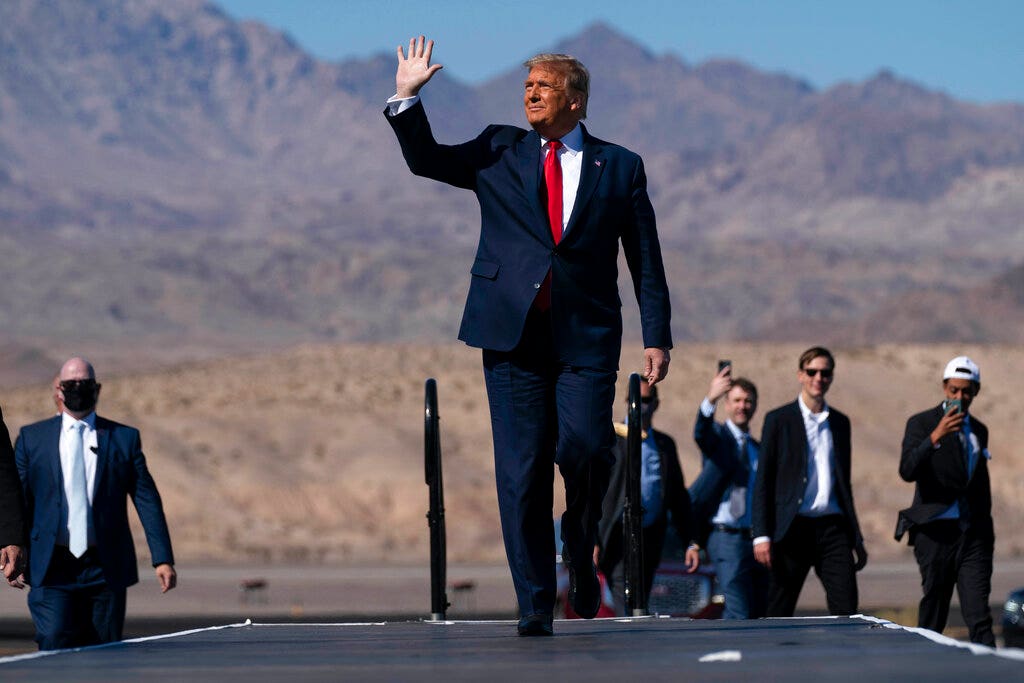 President Trump allowed Sen. Martha McSally some stage time during his rally in Goodyear, Ariz., on Wednesday, but didn’t appear to extend to her the typical enthusiasm he generally reserves for Republican leaders when visiting campaign stops.

McSally spoke for just over a minute, saying she was “proud” to work with Trump – a statement she sidestepped during her most recent debate against her Democratic challenger, former astronaut Mark Kelly.

“I’m proud to be fighting for Arizonans,” McSally had said, in response to a question about whether she was proud to support Trump.

After the senator ran off stage Trump proceeded to call up four other Republicans – none of who are up for re-election or even from Arizona.

Sens. Rand Paul of Kentucky and Mike Lee of Utah, and House Minority Leader Kevin McCarthy, R-Calif., all joined the president onstage and spoke for longer than a minute each.

Nigel Farage, a British politician who led the Brexit effort in the United Kingdom, was also called up to the stage and told Americans in the crowd that if they voted for Trump they’d be voting for “the only current leader in the free world who has got the guts to stand up and fight for the nation’s state.”

Trump did not rush any of the other four politicians on or off the stage.

McSally has consistently trailed in the polls behind Kelly since August. Her Democratic opponent currently holds a 4.4-point lead, according to RealClearPolitics.

The Wednesday rally was not the first time the president appeared less than enthusiastic about McSally.

During a rally earlier this month Trump praised McSally’s GOP primary challenger, Kelli Ward, who frequently went after McSally on the campaign trail.

“A friend of mine, somebody that was great, she would have been — oh, if she didn’t have three, four people running at the same time — she would’ve been your senator,” Trump said at a Tucson rally last week.

“Hate to say it, she would have been your senator. A friend that’s so loyal, and strong, and a good person, Arizona GOP chair, Kelli Ward. She’s worked so hard. She is some warrior, and fighter,” he added.