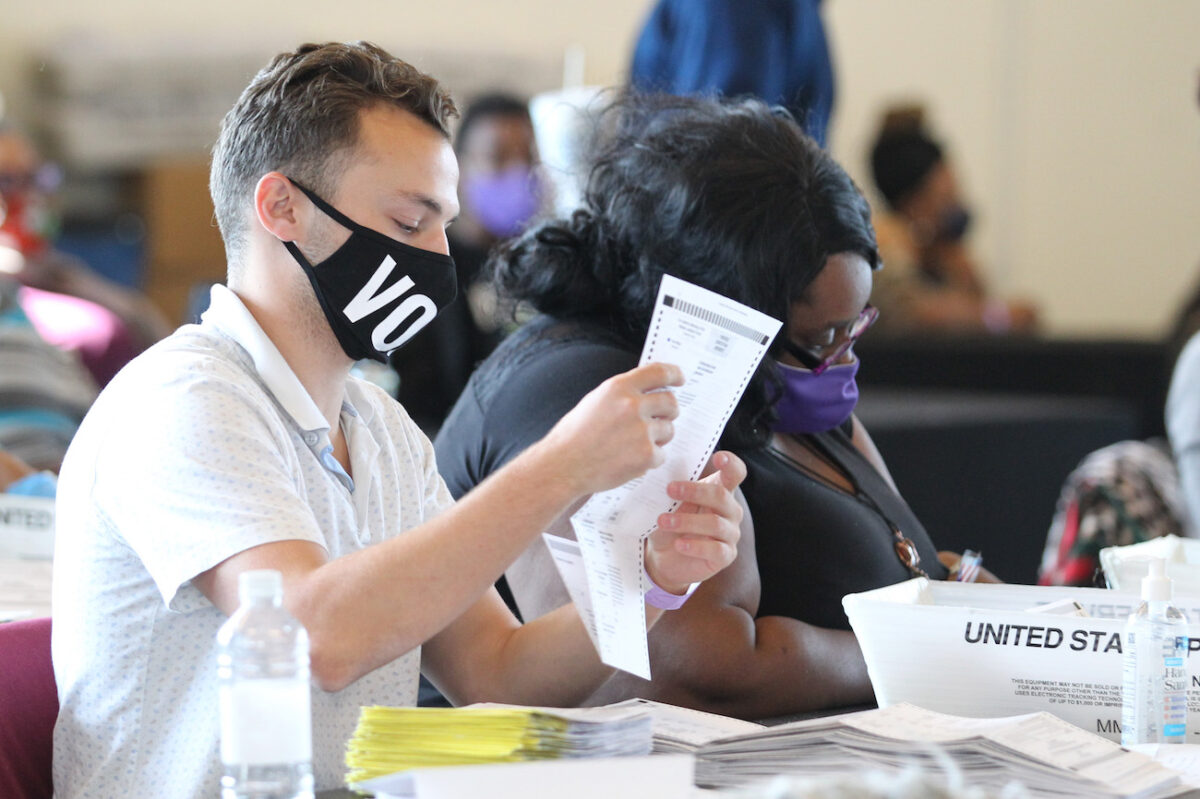 The Trump campaign has requested a machine recount of the vote in Georgia after the state certified its election results on Friday, citing a lack of signature matching and “other vital safeguards” for a meaningful recount after a risk-limiting audit was completed this week.

“Today, the Trump campaign filed a petition for recount in Georgia,” the campaign said in a statement on Saturday. “We are focused on ensuring that every aspect of Georgia State Law and the U.S. Constitution are followed so that every legal vote is counted.

“President Trump and his campaign continue to insist on an honest recount in Georgia, which has to include signature matching and other vital safeguards. Without signature matching, this recount would be a sham and again allow for illegal votes to be counted.”

The campaign’s request has been delivered as a hand written letter to the secretary of state’s office.

The results from the audit showed Democratic presidential nominee Joe Biden winning the state over Trump by 12,670 votes. President Donald Trump has not conceded the election and has said that voter fraud and irregularities were present in Georgia as well as other key states.

According to state law, a candidate can request a recount if the margin is less than 0.5 percent. Biden’s margin in Georgia stands at 0.25 percent of the 5 million votes cast.

Georgia’s top elections official said Friday afternoon that the state would be certifying its vote following the hand recount and audit.

But the Trump campaign dismissed Raffensberger’s report of the audit, saying the hand recount didn’t have a signature-matching process. Jenna Ellis, senior legal advisor to the Trump campaign, called on Georgia not to certify its results.

State Gov. Brian Kemp also urged Raffensberger to conduct an audit of the signatures on ballot envelopes on Friday.

The campaign said in its statement on Saturday that signature matching would be essential to ensure a meaningful machine recount in its request.

“If there is no signature matching, this would be as phony as the initial vote count and recount,” it stated. “Let’s stop giving the People false results. There must be a time when we stop counting illegal ballots. Hopefully it is coming soon.”

The Epoch Times will not declare a winner of the presidential election until all legal challenges are completed.

Jack Phillips and The Associated Press contributed to this report.