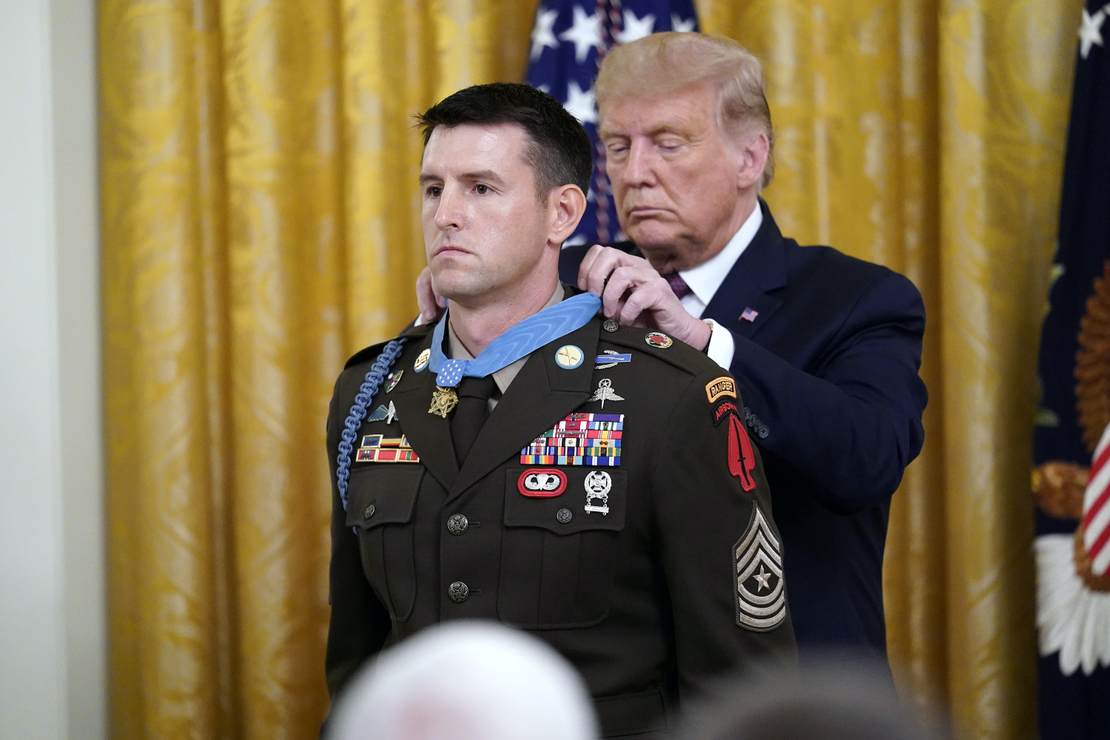 Donald Trump awarded our nation’s highest military decoration, the Medal of Honor, to U.S. Army Sgt. Major Thomas “Patrick” Payne for his heroism. He freed 75 hostages from the clutches of the terrorist group ISIS held in a prison in northern Iraq.

Trump praised Sgt. Major Payne as “one of the bravest men anywhere in the world” for his actions during an engagement in which 20 ISIS terrorists were killed and 75 hostages miraculously saved.

“Today he joins the immortal company of our most revered American heroes,” Trump said in the White House ceremony. “Pat, you personify the motto: ‘Rangers lead the way.’”

Indeed, Payne is the first living member of the famous Delta Force to receive the honor while alive.

“My team was responsible for one of the buildings that the hostages were being held in,” Payne said. “What was significant is that there were freshly dug graves, if we didn’t action this target then the hostages will probably be executed.”

As soon as Payne’s team hit the ground in the Kirkuk Province, they came under heavy enemy fire. Master Sgt. Josh Wheeler, another Delta Force operator, was killed after exposing himself to enemy fire. Wheeler’s widow, Ashley, attended the ceremony Friday.

What made Payne’s actions deserving of a Medal of Honor was his perseverance in the face of heavy enemy fire to fulfill his mission. The Department of Defense website

Working with Kurdish forces, Payne’s team pressed on and helped secure one of the largest hostage rescues in history.

“He ran right back into that raging blaze,” Trump said of the dangerous rescue. “He sliced the final lock and released the rest of the hostages. As the building began to collapse, he received orders to evacuate but he refused to do so. He didn’t want to leave anyone behind.

“Pat ran back into the burning building that was collapsing,” the president continued. “Two more times. He saved multiple hostages and he was the last man to leave.”

Sgt. Major Payne is a worthy addition to the ranks of Medal of Honor recipients. He joined the military in 2002. Like many of his generation, he responded to the call to serve after 9/11. He was deployed 17 times to Iraq, Afghanistan, and participated in Operation Inherent Resolve to target ISIS and where he performed his heroics in 2015.

He was wounded by a grenade in 2010, but after he recovered, he won the Army’s Best Ranger Competition in 2012.