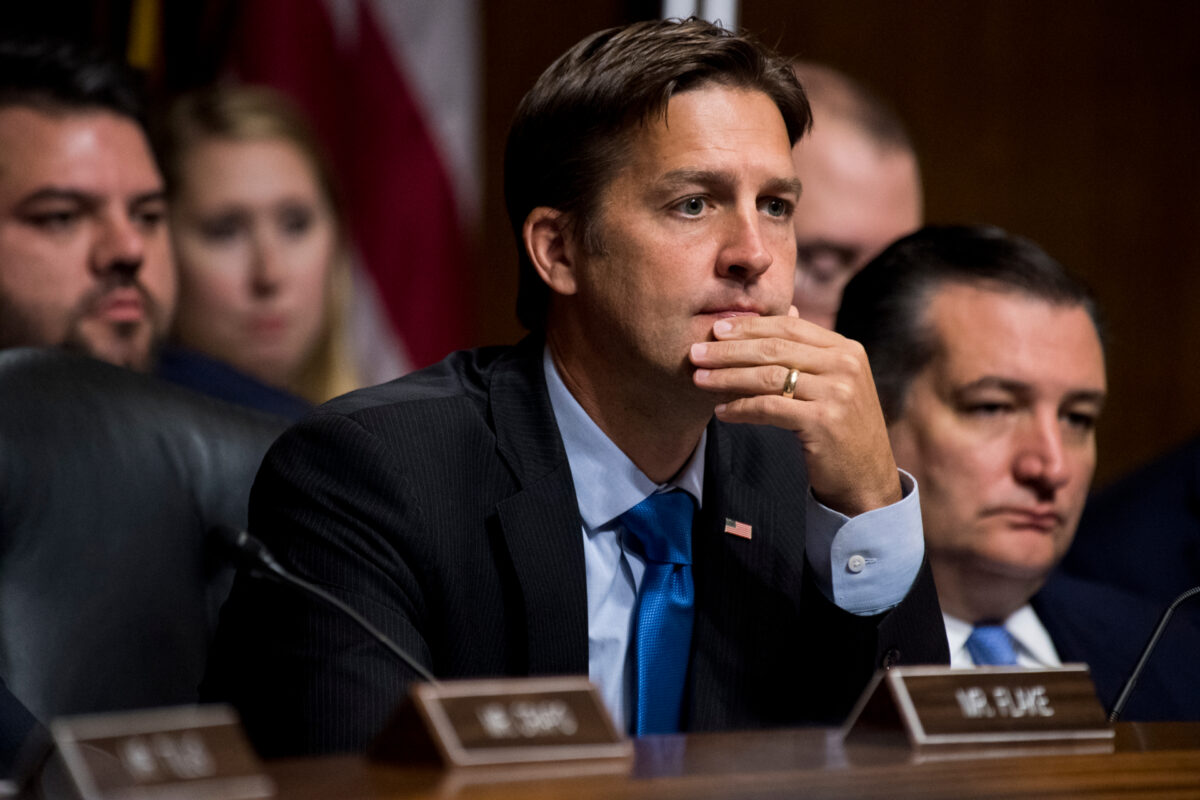 President Donald Trump expressed discontentment with Sen. Ben Sasse (R-Neb.) on Saturday after leaked audio revealed the Nebraskan senator berating the president in a call to his constituents earlier this week.

In a series of social media posts, Trump described Sasse as the “least effective” of all the Republican senators and suggested that he “truly doesn’t have what it takes to be great.”

“Little Ben is a liability to the Republican Party, and an embarrassment to the Great State of Nebraska. Other than that, he’s just a wonderful guy!” Trump said in his post.

Trump was likely reacting to leaked audio, which was first reported by the Washington Examiner, that disclosed a telephone conference call where Sasse was critical of the president. In the call, the senator expressed his dissatisfaction with the president for his handling of the COVID-19 pandemic and his discontentment over the president’s foreign policy among other issues.

Sasse said he has been honest about how he has felt about Trump, acknowledging that the president had “done some stuff well, and some poorly.”

The senator, who is pessimistic about Trump’s chances at the polling booth, also expressed his concern that Trump and his actions could further polarize the country by driving the country further to the left, and “take the Senate down with him.”

“This has been my fear,” he said, according to the over 9-minute leaked audio. “If young people become permanent Democrats because they’ve just been repulsed by the obsessive nature of our politics, or if women who were willing to still vote with the Republican Party in 2016 decide that they need to turn away from this party permanently in the future.”

“I think we are staring down the barrel of a blue tsunami and we’ve got to hold the Senate and that’s what I’m focused on,” Sasse said.

Following Trump’s Twitter posts about Sasse, the senator’s spokesman James Wegmann posted a statement on Saturday saying: “Ben said the same thing to Nebraskans that he has repeatedly said to the President directly in the Oval Office. Ben is focused on defending the Republican Senate majority, and he’s not going to waste a single minute on tweets.”

At around midday, the president posted on Twitter again floating the idea that Sasse, who is up for re-election on Nov. 3, could face the same fate as former Republican Sens. Jeff Flake and Bob Corker who retired in 2019. Both senators had been critical of Trump.

“Both Senators became totally unelectable, couldn’t come even close to winning their primaries, and decided to drop out of politics and gracefully ‘RETIRE.’ @SenSasse could be next, or perhaps the Republicans should find a new and more viable candidate?” he added.

Sasse, a first-term lawmaker, had previously challenged Trump on a number of issues, including the president’s use of executive orders. He characterized Trump’s use of the orders as an “unconstitutional slop.”

Sasse’s statement prompted Trump to call the senator a “RINO,” or “Republican in name only,” while saying the senator had “gone rogue” after receiving an endorsement from the president.