Federal authorities on Wednesday released a distribution strategy and a planning playbook to make the CCP virus vaccine available to all Americans for free.

“As part of Operation Warp Speed, we have been laying the groundwork for months to distribute and administer a safe and effective COVID-19 vaccine as soon as it meets FDA’s gold standard,” said Alex Azar, Secretary of the Department of Health and Human Services (HHS), in a statement.

The two documents—a distribution strategy (pdf) and playbook (pdf)—were released jointly by HHS and the Department of Defense (DoD). They outline the Trump administration’s plans for the delivery of COVID-19 vaccine doses to all Americans interested in getting a shot.

In the playbook, the Centers for Disease Control and Prevention (CDC) outlines a complex plan to distribute the vaccine, starting with essential workers and other specified groups, before eventually making it available to every American interested in getting inoculated against COVID-19.

“Early in the COVID-19 Vaccination Program, there may be a limited supply of COVID-19 vaccine, and vaccination efforts may focus on those critical to the response, providing direct care, and maintaining societal function, as well as those at highest risk for developing severe illness from COVID-19,” the CDC notes. 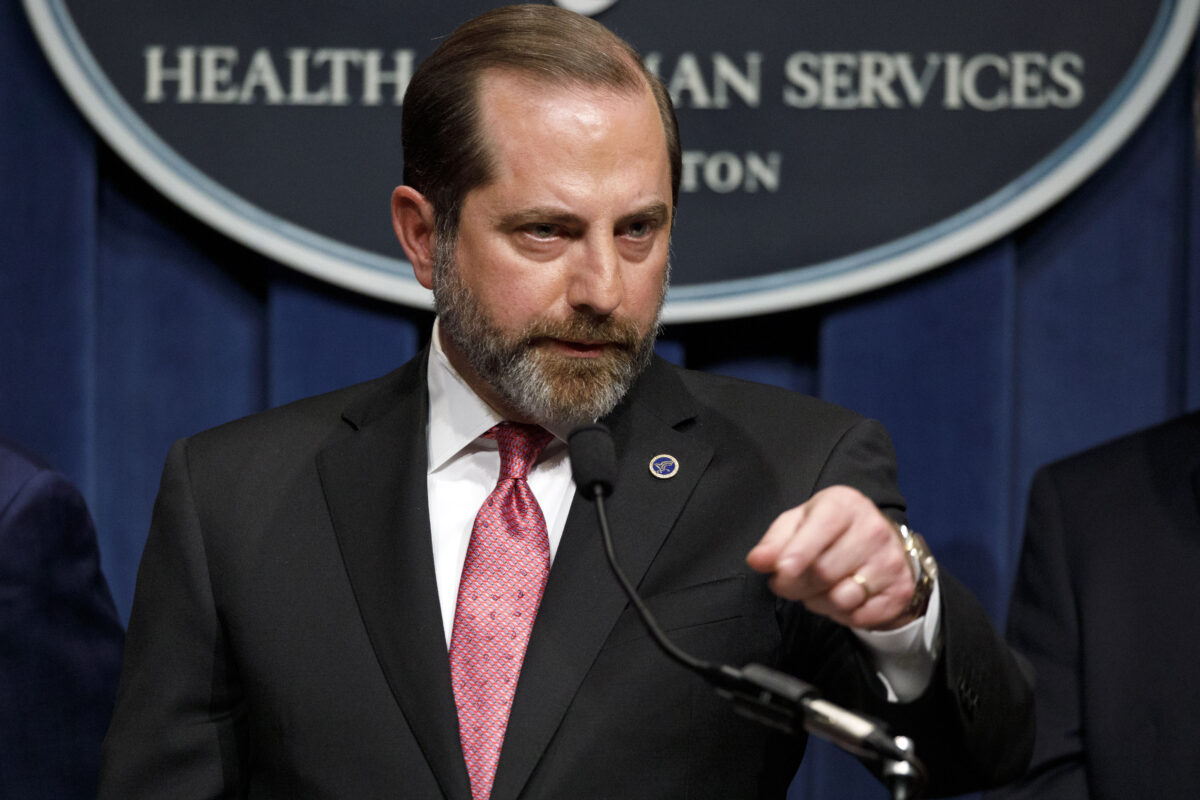 Civilian health workers will be administering the vaccine, while the Pentagon is helping coordinate supply, production, and distribution of vaccine doses.

The vaccination campaign is to begin gradually in January or, possibly, later this year, according to the documents.

The campaign is “much larger in scope and complexity than seasonal influenza or other previous outbreak-related vaccination responses,” the playbook states, with most vaccines expected to require two doses, three to four weeks apart. There will be no direct charge for the vaccine, with taxpayers footing the bill from Congressionally approved funds.

The initial vaccination thrust will focus on protecting essential workers, including health staff, as well as the vulnerable. Priorities for the first phase are still being finalized, the strategy document indicates, with the CDC and the National Academy of Medicine among those working on the concept. Vaccinations are to be made available to everyone in follow-on phases.

States and local communities will need to come up with specific plans for receiving and locally distributing vaccines, some of which will require special handling, including refrigeration or freezing. States and cities have a month to submit such plans.

The documents have been released under the umbrella of Operation Warp Speed, a White House-backed initiative to have millions of doses ready to ship once a vaccine is granted what is expected to be an emergency use approval by the Food and Drug Administration. Several formulations of the vaccine are undergoing final trials.

President Donald Trump on Tuesday revealed that the COVID-19 vaccine will be ready in the near future.

In the interview, Trump said that the United States is making progress fighting the virus. So far, more than 190,000 people are reported to have died and more than 6 million have reportedly contracted the disease, according to a Johns Hopkins tally.

“We’re rounding the turn on the pandemic,” Trump added.