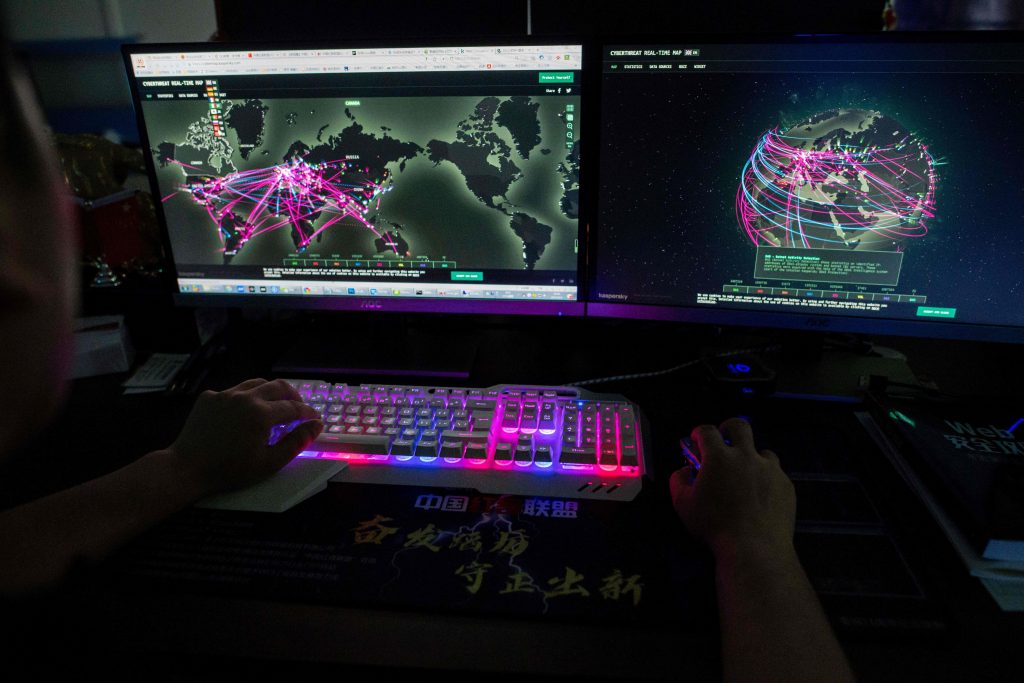 The Trump administration is locked in an effort to divest from Chinese technology firms and push its allies to do the same, according to the senior administration official leading what he described as an unprecedented effort to combat China’s dominance in the tech space.

Concerns are mounting in Washington, D.C., over China’s proliferation of key technologies that permit it to spy on citizens across the globe, including in the United States. From social media applications such as TikTok to Beijing’s 5G efforts with Huawei, Chinese technology has stormed the globe, providing a cheaper alternative to services provided by Western companies. Yet these savings come with risks, Keith Krach, the State Department’s under secretary of state for economic growth, energy, and the environment, told the Washington Free Beacon. Krach is the principal point man in the administration’s multi-pronged effort to challenge China on the tech front.

“The CCP is a bully. We know when bullies are confronted, they back down,” Krach said. “They really back down when you confront them, and you have all your friends by your side.”

Krach and other senior U.S. officials have gone on the offensive, pressing allies to cut ties with Chinese companies that do work in the cellular, cloud computing, cable, and wireless sectors. The Trump administration says the choice is clear: Side with America and the West or face the fallout of partnering with a communist country that has no qualms about stealing private data.

China’s dominance in the tech sphere is in large part the result of its decades-long espionage operations, which have targeted American and European businesses working on cutting-edge internet services, medical research, and other types of computing innovations. Beijing’s theft of intellectual property ranks among the worst in the world. Secretary of State Mike Pompeo chose Krach to helm this campaign, which centers on exposing China’s unfair business practices and reliance on cyber espionage. This approach marks a significant departure from past administrations that sought to play nice with China.

The administration’s new approach centers on building a coalition of allies committed to icing China out of their tech sectors. Portions of this effort have unfolded in public, particularly the recent row between the United States and United Kingdom over its flirtation with Huawei, China’s 5G powerhouse. The United States exerted great diplomatic pressure to extract guarantees from Britain that it would ban Huawei from operating the country’s next-generation 5G cellular networks. This battle continues to unfold across the globe with a host of countries and private companies.

“[China has] been in economic war with us for 40 years,” Krach said. “They play four-dimensional economic, diplomatic, propaganda, and military chess.”

Washington’s best defense against Beijing’s chessboard of economic and political warcraft is a suite of actions it terms “clean” orders. To obtain what the State Department calls “clean” status, nations must drive out Chinese investors and tech firms. In the United States, for example, the Trump administration is working to drive out the Chinese-run social media site TikTok, which collects private data from its users.

A milestone in this effort is a recent letter Krach wrote to the governing boards of American colleges and universities. The Communist regime has spied for decades on American academic institutions in a bid to steal proprietary research and gain a competitive edge. At the same time, it has opened a slew of satellite campuses known as Confucius Institutes that seek to indoctrinate students with Communist propaganda.

Warning of a “real and urgent threat” to academic freedom, Krach urged these institutions to divest from China. Colleges, Krach wrote, have a “moral obligation” to cut ties with a country that exploits minority populations and uses its growing tech sector to spy on its citizens. The letter highlighted the threats posed by China to intellectual property and academic freedom.