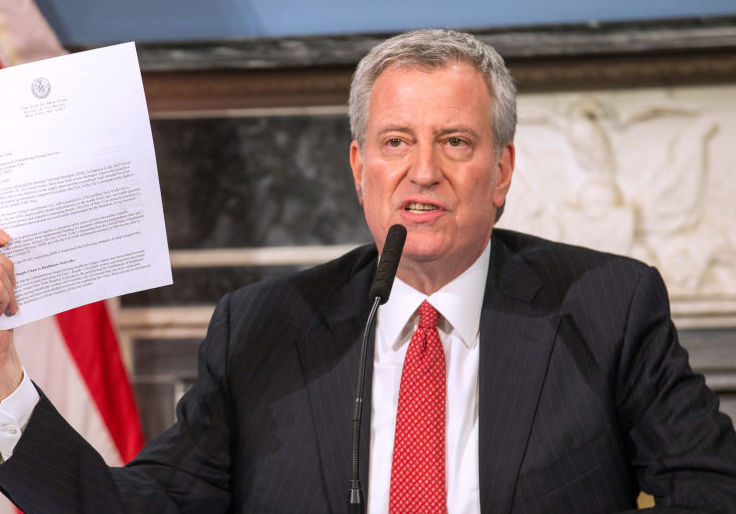 Sanitation commissioner Kathryn Garcia, who has led the department since 2014, said de Blasio’s decision to slash her department’s budget by more than $100 million this summer was “unconscionable.”

“At a time when protecting public health service is of the essence, cutting basic sanitation services is unconscionable,” Garcia said in her letter. “If, as is often said, budgets are a statement of values, my values require me to resign in the face of these cuts, which will harm New Yorkers.”

The new budget, which took effect July 1, also cut 400 positions from Garcia’s department and forced the sanitation department to reduce city trash can pickups by 60 percent.

In June, the mayor also cut $1 billion in funding for the New York Police Department in response to protesters who have spent the summer pushing local governments to reform and defund the police.

Garcia announced her resignation the same day as deputy mayor for health and human services Dr. Raul Perea-Henze, who told the Wall Street Journal that he’s stepping down to spend more time with his family. Perea-Henze, an Obama administration alum, took a leading role in the city’s response to the coronavirus pandemic, which began earlier this year. In a July op-ed in USA Today, Perea-Henze admitted the city was “caught off guard” by the onset of the pandemic and “lost valuable time” in fighting the virus.