Bre Maxwell—Harrison’s political director—criticized the use of the term “ghetto” in a 2012 tweet “because ghetto is a Jewish term and the jewish Americans are wealthy.” Maxwell went on to praise anti-Semitic Nation of Islam leader Louis Farrakhan two years later, saying he gave a “pretty awesome speech.” 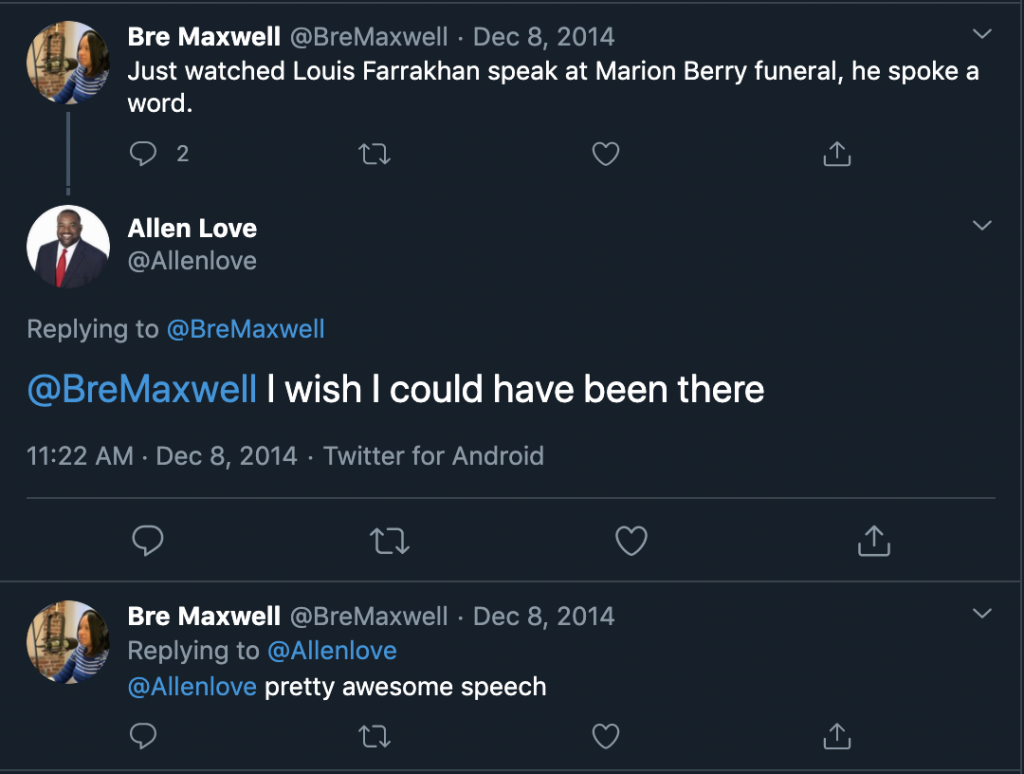 Both Maxwell and Harrison communications director Guy-Lee King have repeatedly used homophobic slurs online. Maxwell used the terms “faggot” and “fag” at least six times in tweets spanning from January 2012 to August 2013, while King called “getting involved with women’s problems” “gay atf” in 2014. 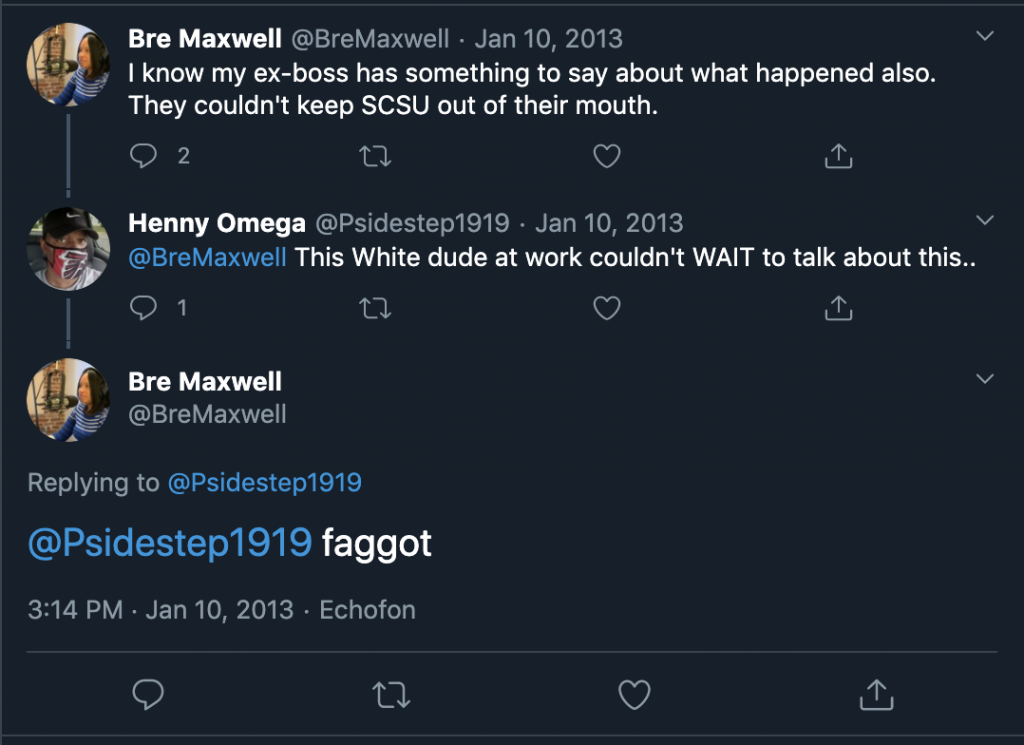 King has also made a number of disparaging comments toward women, including jokes about rape. He tweeted, “U ain’t to fat n ugly to git raped LMAO!!!!!!” in June 2010 and discussed telling a woman she would “have to suck my d— til I fall asleep before I graduate” in March 2011.

Maxwell and King joined Harrison’s campaign in the summer of 2019, just weeks after the Democrat announced his bid to unseat Sen. Lindsey Graham (R., S.C.). Harrison—who accused Graham of “hate and intolerance” in October 2019—did not respond to a request for comment on the posts.

According to her LinkedIn profile, Maxwell previously served as Rep. James Clyburn’s (D., S.C.) district scheduler from January 2018 to July 2019. The posts in question were made years after she graduated from South Carolina State University in 2006.

King, meanwhile, worked under Reps. Bennie Thompson (D., Miss.) and Jan Schakowsky (D., Ill.) before joining Harrison’s campaign. He graduated from Jackson State University in 2016, meaning most of his controversial posts were sent while in high school and college.

Harrison also worked under Clyburn before joining the now-defunct Podesta Group as a corporate lobbyist in 2008. He went on to run for Democratic National Committee chairman in 2016 but dropped out to endorse eventual winner Tom Perez, who then paid Harrison more than $22,000 for campaign expenses. Harrison received the Democratic Senatorial Campaign Committee’s endorsement one day after launching his campaign in May 2019.