At the end of June two Tulsa police officers were shot by some deadbeat who they were trying to forcibly remove from a vehicle which had expired tags and no insurance. They had tased him and sprayed him with mace several times while trying to get him out of the vehicle. As the perp screamed and fought with officers, he managed to pull out a gun and shot both officers. Officer Aurash Zarkeshan is still recovering, but unfortunately Sergeant Craig Johnson didn’t survive his wounds. Below is the bodycam footage which shows the entire interaction, including the shooting at the end which is hard to watch. VIEWER DISCRETION ADVISED.

When I say it’s hard to watch, I’m not kidding. Hearing Officer Johnson scream as he’s shot was not a sound for which I was prepared.


So why would I post this? Because people in this country need to be reminded of just how fragile the thin blue line is that protects us. Now more than ever we need to support our police officers who put their lives on the line for us every stinking day they have to deal with the garbage of society like this perp.

I won’t say his name, but the gunman has been charged with the murder of Sergeant Craig Johnson and the attempted murder of Officer Aurash Zarkeshan. Below is a news video from early July remembering Sergeant Johnson for his life and service:

May Sergeant Johnson rest in peace and may the family he left behind continue to find comfort. And we wish Officer Zarkeshan a speedy recovery. 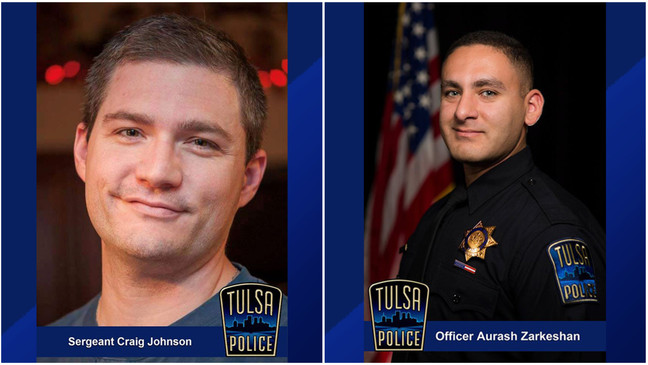