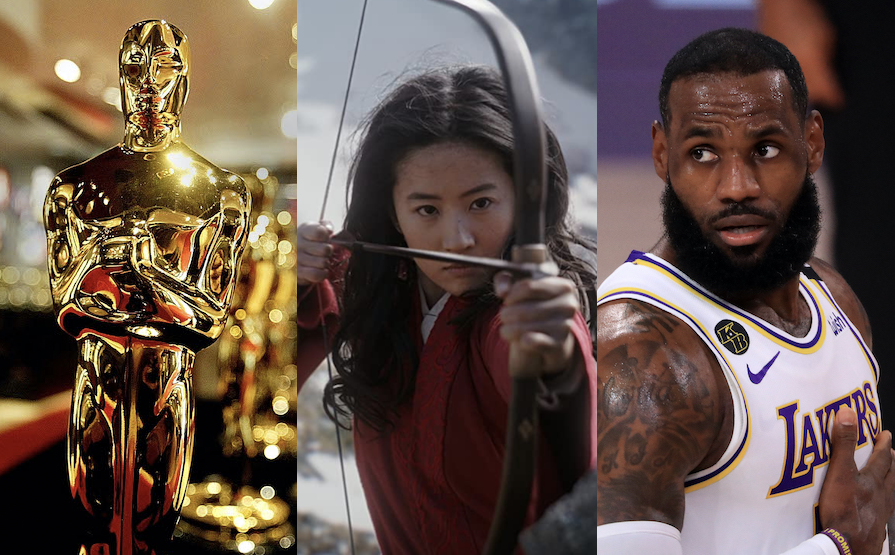 Last week a few sharp-eyed members of the audience for Disney’s live-action remake of Mulan noticed something ugly in the credits. The film’s producers thanked, among others, the publicity department of the “CPC Xinjiang Uyghur Autonomous Region Committee” as well as the “Turpan Municipal Bureau of Public Security.” These are the same political and disciplinary institutions that oppress China’s Uighur minority. Disney cooperated with them without batting an eye.

But Disney is more than happy to call attention to human-rights abuses in the United States. Since George Floyd died in police custody earlier this year, the corporation and its subsidiaries, including ABC and ESPN, have issued statements in support of Black Lives Matter. The House of Mouse has reaffirmed its commitment to the ideology and practices of diversity, equity, and inclusion. Nor is Disney the only film studio to ignore repression in the People’s Republic of China while embracing the cause of social justice at home. They all do it. The question is why.

Part of the reason is parochialism. Americans just don’t care very much about what happens in other countries. Another motivation is profit. All companies desire access to the largest possible markets. Angering the Chinese Communist Party, or violating the tenets of political correctness, endangers the bottom line. Meanwhile the legitimacy of political, cultural, and economic institutions, including the corporation, has come into question. To ensure their survival, corporations must conform to the values and regulations of host societies and governments. That means playing nice with China, embracing “stakeholder capitalism,” and adopting the teachings of Ibram X. Kendi.

Selective indignation is not new. What’s striking about this latest version is its zones of prevalence. The sectors of the economy most wedded to the view that American society is systemically racist—entertainment, sports, media, tech—are the least concerned with the real and concrete injustices of the antidemocratic and hostile Chinese regime. This is the woke dialectic: dissent in America, acquiescence to China.

Just as people became aware of Mulan’s complicity in injustice, the Academy of Motion Picture Arts and Sciences promulgated a complicated set of ethnic, racial, and sexual quotas that films must meet in order to become eligible for the best picture Oscar. “The Academy Museum of Motion Pictures is committed to building an antiracist, inclusive organization that will contextualize and challenge dominant narratives around cinema, and build authentic relationships with diverse communities,” read part of the statement announcing the rules. But the Academy is less interested in contextualizing and challenging the absence of civil and political rights elsewhere. In 2013 it was happy to accept $20 million from one of China’s largest multinationals.

The NBA is no different. Its front offices, coaches, and athletes are among the most progressive in the country. Social justice messages adorn players’ uniforms. “Black Lives Matter” is painted on the court. LeBron James has leveraged his celebrity to earn further political concessions from the league, including the transformation of arenas into polling places on Election Day. But James has also made embarrassing comments regarding the conflict between democracy and autocracy in Hong Kong. And the league itself carries the shame of having operated training facilities in Xinjiang.

The Washington Free Beacon has shown that the same newspapers that devote so much space to advancing America’s racial reckoning (and whose foreign desks often report on the foulness of China’s dictatorship) also accepted millions from the Chinese government to run propaganda. The same company, Alphabet, that earlier this year announced millions in donations to social justice nonprofits expressed no qualms in 2017 when it opened an AI research center in China.

In other words, the same businesses that promote the progressive reconstruction, radical reform, or transformation of the United States are intertwined with the revisionist great power that aims to replace the United States as global hegemon. This synthesis of the woke dialectic lends an additional meaning to the term “allyship.” And it is why champions of individual rights, equality under the law, due process, and pluralism stand athwart both political correctness at home and authoritarianism abroad.