The ‘Coffee Boy’ Makes Peace in the Middle East 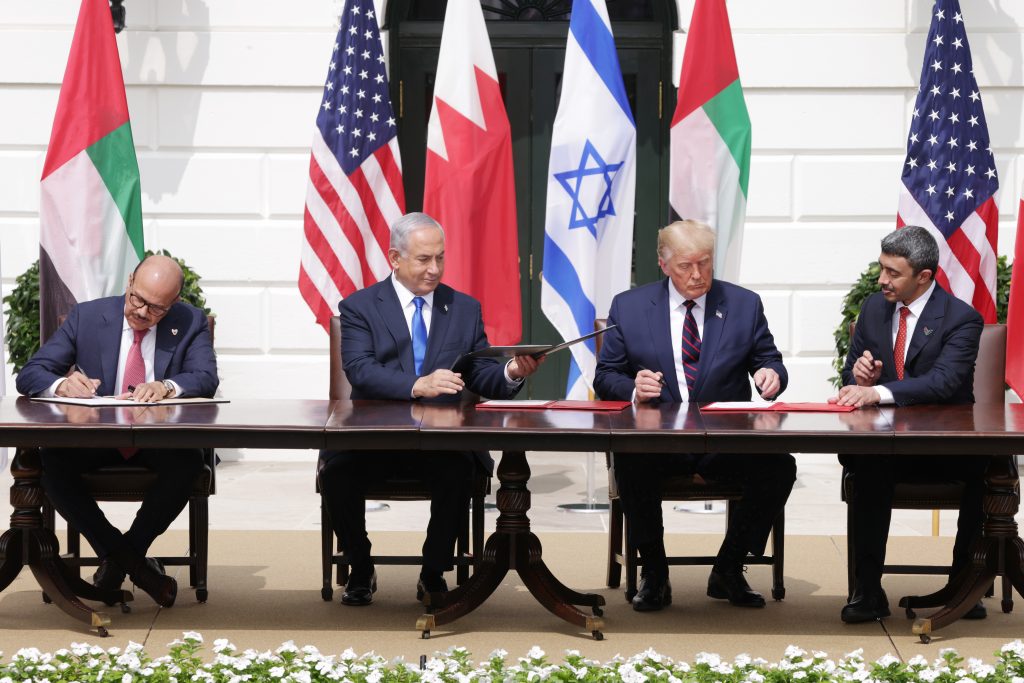 On Tuesday, Trump oversaw the signing of the Kushner- and Berkowitz-orchestrated Abraham Accords that officially normalized relations between Israel and the United Arab Emirates, as well as an agreement between Israel and Bahrain—the first such deals in over four decades. Pretty good for a coffee boy.

Criticisms of Berkowitz and Kushner were never about their age or experience, given that they came from the same crowd that celebrated the ascendance of the 30-something failed novelist Ben Rhodes to the highest reaches of power in the previous administration.

Rather, the criticisms were about the unwillingness of the two men, publicly Jewish and proudly Zionist, to kowtow to the same tired experts who have made their careers pushing the same conventional wisdom that produced nothing but stalemate. The success of the youthful Berkowitz on a project where the so-called experts have met little success is all the more proof of the intellectual bankruptcy of the experts President Donald Trump has so often dismissed—in this case, rightly so.

The fundamental mistake of the peace process, and of the cadres of experts who have made that process into lifetime appointments to a revolving door of government, think tank, and academic jobs, is the idea that the solution to the Arab-Israeli conflict is peace between the Israelis and Palestinians. But such a peace remains as far out of reach as it ever was. In the meantime, the Trump administration has secured a great victory in the ongoing quest for peace between Israel and its neighbors—the lack of which was and remains the true threat to global security and the true threat to American interests in the region.

The deal has been cheered from Jerusalem to Abu Dhabi to Washington, D.C.; even Joe Biden tried to take credit for it. The only sour grapes are coming from Rep. Rashida Tlaib (D., Mich.) and others who make their bread agitating for perpetual struggle over the West Bank, and from failed negotiators like Rhodes. The New York Times, in its coverage of the historic accord, solicited only one “expert” quote for the story, from professional kvetcher Jeremy Ben-Ami of the Soros-funded J Street.

Now there are signs that Oman and Sudan, fearful of Iranian bellicosity, may follow the UAE and Bahrain. Iran’s bellicosity could even lead to rapprochement between Israel and Saudi Arabia. Chock up the howls that we will undoubtedly hear if that comes to pass as further evidence of the intellectual bankruptcy of the mainstream, now painfully exposed by a man they derided as an upstart.