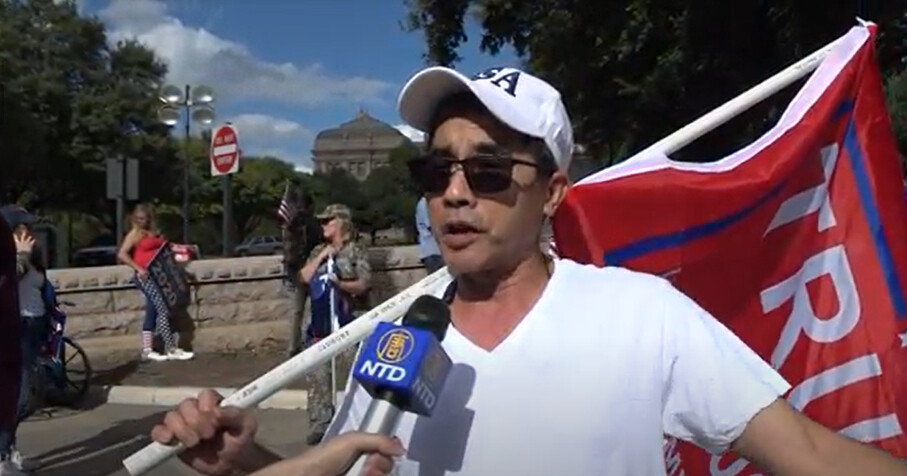 AUSTIN—Quan joined a rally to protest election fraud, because he doesn’t want elections in America to become like the elections he saw in communist Vietnam.

“This is not a communist country where you can steal a vote,” he said at a Stop the Steal rally in Austin, Texas on Nov. 21, 2020.

In communist Vietnam, even if you could vote, everyone understood the winner was already chosen by the Communist Party.

Quan and others he knows who came from Vietnam have seen Democrat policies, in California for instance, that are just like communist policies he saw back in Vietnam.

The thing you obtain after becoming a citizen is that right to vote, he said. “That is freedom.”

But this fraud has cheated people out of that and turned the election into a sham, he explained. “Nobody is proud of that,” he said. “We don’t want that.”

“That makes it look like we have no more law,” he said. If people willing to undermine America are able to win by stealing an election, the Constitution will be gone, and freedoms will be gone, he added.

“All the facts need to come out,” he said.