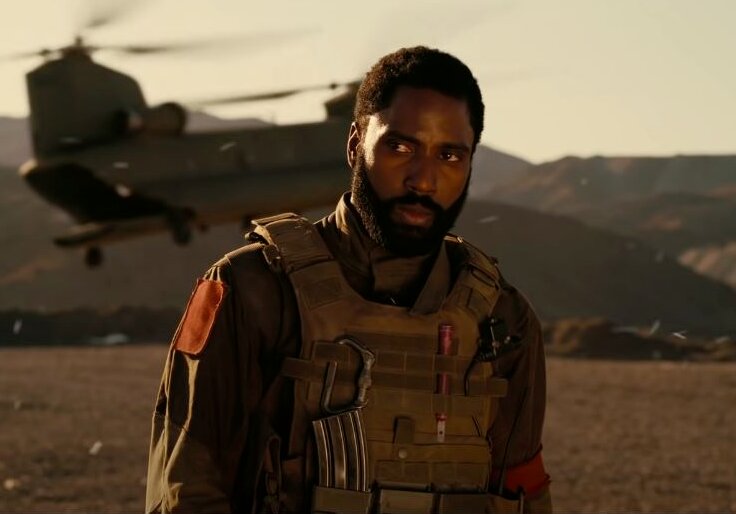 Friends, if Tenet is the film that’s supposed to save Hollywood from the pandemic, well, say goodbye to Hollywood. Say goodbye, my baby.

Tenet is one of the most sheerly arrogant movies ever made, and a cautionary reminder of what can happen when a writer-director proves so successful that a studio basically figures he has a golden touch and should be allowed to do whatever he likes. In the 1970s, that untrammeled freedom destroyed Peter Bogdanovich. In the 1980s, it destroyed Michael Cimino. In 2006, M. Night Shyamalan reacted with rage when the Disney studio executives who had given him everything he wanted expressed bewilderment over a proposed project of his. Even though they said they would make the movie because they loved him and wanted to keep working with him, Shyamalan condemned them for the insult to his “individuality” and took Lady in the Water elsewhere. It was one of the worst movies ever made and the beginning of a cycle of Shyamalan disasters that lasted more than a decade.

Tenet is writer-director Christopher Nolan’s Lady in the Water. It has an insanely complicated storyline Nolan seems unable or unwilling to clarify—unless it’s that he’s spent $200 million to design a puzzle he himself cannot solve and is therefore incapable of explaining it to us. Even more perversely, when the movie does offer expository plot points, they are often delivered by characters wearing masks that muffle their words or spoken by actors with thick accents you can barely make out.

As near as I could fathom, people in the future have been sending things back in time to the present—and in doing so, they’ve taught an evil Russian played by Kenneth Branagh how to reverse the forces of entropy.

What does this mean? You got me. In practice, it means that scary people and cars and boats and stuff move backward while the rest of the world moves forward. This apparently gives the bad guy a great advantage, though it’s never clear exactly why villains want to un-shoot bullets, a thing that keeps happening in the movie. It’s cool the first time you see it, not so cool the second time, and by the tenth time it’s like, “Oh, look, another bullet hole that reverses itself, big freakin’ deal.”

A spy played by John David Washington is introduced to the world of entropy reversal, which seems to be code-named Tenet (I don’t understand what Tenet is—an organization? a concept?—and neither will you). This comes after an opening scene depicting a Chechen-like siege at an opera house in Kiev. Why is Washington at the opera house in Kiev? We don’t know. Why is there a siege there? We don’t know. Next thing we do know, Washington is on a ship where he gets briefed on Tenet. Apparently this entropy reversal stuff could be worse than a global nuclear war. So Washington needs to get close to Kenneth Branagh—or so he’s told by a lady arms dealer in Mumbai to whom Nolan gives most of the plot details but for whose dialogue he provides no subtitles. You thought Tom Hardy’s Bane was hard to understand in The Dark Knight Rises? He was like Olivier enunciating Hamlet compared with the Indian lady.

There are fistfights between Washington going forward and a guy in a ninja costume going backward, which last forever but have nowhere near the impact of the scenes in Nolan’s Inception where the characters literally climb the walls to punch each other. And no single use of time jumping has the same jolting effect as the moment in Nolan’s Interstellar when Matthew McConaughey and his spaceship crew return after a 15-minute visit to a planet near a black hole to find their lone colleague left behind on the ship has been there by himself… for 23 years. And there’s a bizarre battle scene with two squads of good guys, one going forward in time and the other going backward, fighting God knows who—which comes across as a bus-and-truck version of the chilling combat depicted in Nolan’s Dunkirk.

As all these evocations of better Nolan productions past might suggest, Tenet is a profoundly self-indulgent piece of work in which Nolan consciously fetishizes his own previous oeuvre. Beginning with his breakthrough film, Memento, and on through Inception and Interstellar, Nolan has played with time—fracturing and elongating his narratives in often fascinating and novel ways. And when Dunkirk rolled around in 2017, Nolan chose to tell the real-life story of that seminal real-world event with three separate plotlines taking place over three separate time frames, with a set of characters going through the course of a week, another set over the course of a day, and a third solo character over the course of a single hour. Those were inventive. Tenet is a storytelling Edsel.

It may well be that, after 10 viewings, Tenet will unfold the glories of its temporal complexities for you like a bird of paradise springing into bloom. But even if it did, so what? A good version of Tenet wouldn’t require repeat viewings just to get the story straight. Which is why Tenet is the bad version of Tenet. And why Nolan may have been lucky to have it open the way it did, as a potential savior of his entire industry—because in a conventional moviegoing year, I can assure you, the word of mouth on this utter stinkeroo would have led to it crashing and burning after a solid opening weekend. Now Nolan can lay the blame for the indifferent box office it will generate on a world-historical calamity, even as people who go to see it might say as they make their way to the parking lot, “You know what? I’m not sure I need to go to a movie theater any longer.”