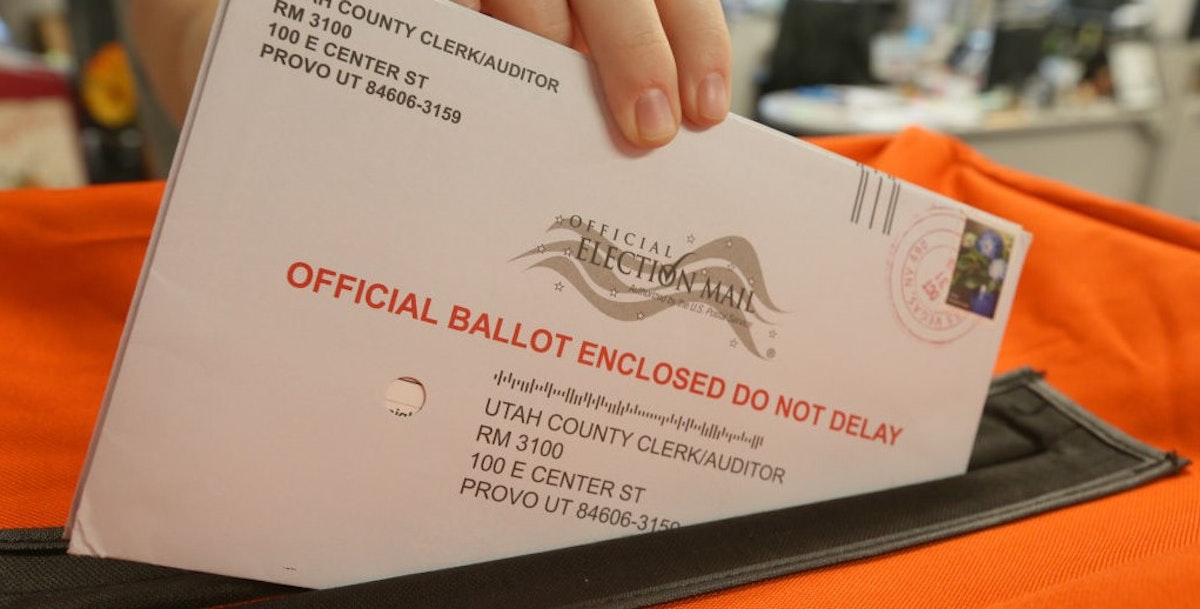 Even though the 2020 presidential election is still a week away, the Supreme Court is already weighing in on the issue.

America’s highest court sided with Republicans on Monday to prevent Wisconsin from counting mailed ballots received after Election Day. The court refused to reinstate a lower court order that would have allowed for ballots to be counted even if they were received up to six days after Nov. 3 as long as they were postmarked by Election Day. A federal appeals court put that order on hold, sending it to the Supreme Court, which voted 5-3.

With COVID-19 cases rising in the state, Democrats had claimed that extenuating circumstances require that the state extend the time period to count ballots. Republicans objected, arguing that voters can vote early and have plenty of time to cast their ballots before and during Election Day.

Wisconsin is one of approximately 30 states that mandate mail-in ballots be received by Election Day to be counted.

“In Monday’s order, a majority of the justices agreed with the appeals court, with John Roberts, Neil Gorsuch and Brett Kavanaugh writing separately to emphasize that federal courts should not be making last-minute changes to state election rules,” CBS News reported. “Monday’s decision is in line with previous Supreme Court orders during the pandemic. The conservatives generally reject efforts by lower court judges to change election rules or extend deadlines in the run up to the election, saying such decisions are for state election officials and legislatures.”

Reinstating the lower court’s ruling in Wisconsin came one week after the high court allowed Pennsylvania to accept mail-in ballots that are received as many as three days after Election Day. In that case, Chief Justice John Roberts joined liberal-leaning justices to keep the extension.

“While the Pennsylvania applications implicated the authority of state courts to apply their own constitutions to election regulations, this case involves federal intrusion on state lawmaking processes,” Roberts wrote in a concurring opinion Monday. “Different bodies of law and different precedents govern these two situations and require, in these particular circumstances, that we allow the modification of election rules in Pennsylvania but not Wisconsin.”

Democratic Party of Wisconsin Chairman Ben Wikler criticized the Court’s decision, saying in a statement that Democrats will “double down on making sure that every Wisconsin voter knows how to exercise their sacred right to vote in the final eight days of this election.”

Meanwhile, Wisconsin Republican Party Chairman Andrew Hitt said in a statement that “last minute attempts to change election laws only cause more voter confusion and erode the integrity of our elections.”

“Please do not wait for the legal deadline – which is 5 p.m. on Thursday, October 29 – for your clerk to receive your request for an absentee ballot by mail,” Wolfe said in a statement. “If you wait until the deadline, you risk not getting your ballot in time to vote it and return it by 8 p.m. on Election Day.”