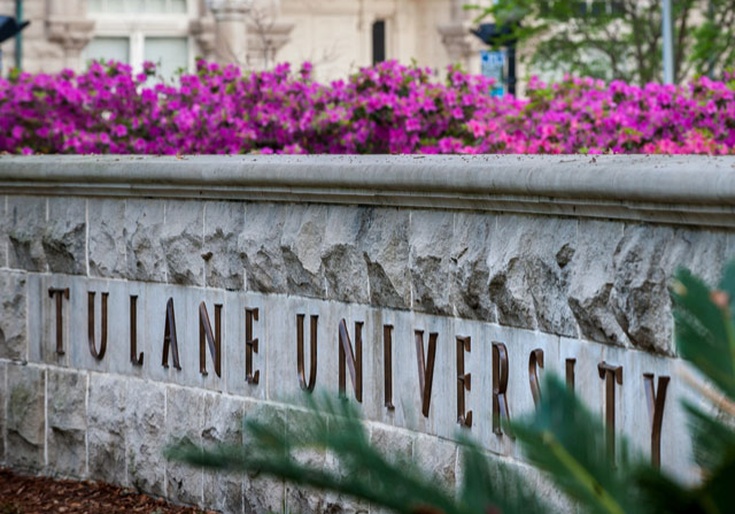 Tulane University students who openly violated the school’s social distancing policy to protest the police are now saying the school hasn’t done enough to contain the coronavirus—even though Tulane shut down a second protest this month because it ran afoul of the school’s restrictions.

Student activists postponed a “die-in” meant to highlight Tulane’s alleged negligence after administrators said that the event itself violated COVID-19 protocols. The organizer, a group called “Taking Action at TU,” had previously helped lead a march against police brutality at which students did not appear to be social distancing. For the die-in, students had planned to congregate with masks and gravestones to protest the “racist, capitalist, and imperialist structure that Tulane upholds” with its coronavirus policies.

“Tulane’s insatiable desire for profit will continue the spread of coronavirus in the city of New Orleans, on and off-campus. We will not stand by as Tulane toys with black death,” the group announced in an Instagram post. “We are not an experiment. No semester is worth dying for.”

In an email to student activists, Tulane’s director of student conduct told the protest organizers that they had flouted campus coronavirus restrictions once and would face serious repercussions if they moved forward with the die-in. In August, students held a march entitled “#AbolishTUPD,” which violated several of the school’s COVID guidelines. Video footage obtained exclusively by the Washington Free Beacon shows hundreds of students marching—and not social distancing—while screaming “f—k the system, f—k the police.”

Rachel Altman, a senior at Tulane, said that the die-in was illogical on its own terms.

“It makes no sense to complain that Tulane opening for small, in-person classes with enforced mask-wearing and social distancing puts the city in extreme danger, and then organize a protest where dozens of students march around without social distancing,” Altman told the Free Beacon. “It’s so hypocritical.”

In lieu of the planned protest, Taking Action at TU called on activists to participate in “virtual action” and send emails to Tulane administrators voicing support for the school’s Black Student Union. The union’s demands include reparations for the descendants of slaves who worked on the plantation that became Tulane’s campus nearly 200 years ago. “With re-opening [the school], it’s even more pressing that the university get a move-on with fixing long-standing issues of structural racism and other forms of oppression,” an Instagram post promoting virtual action reads. “Let’s get to emailing.”