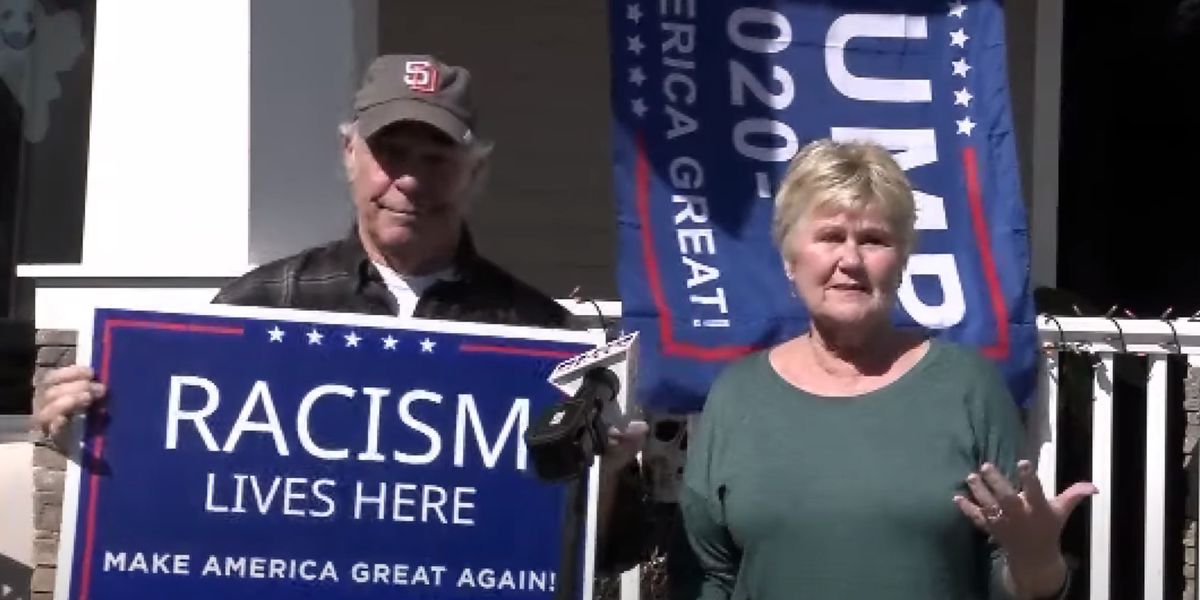 Supporters of President Donald Trump are being pranked by someone posting “Racism Lives Here” signs in their front yards as a way to criticize their political preference.

The signs popped up in front yards of Trump supporters in Coronado, California, near San Diego.

The red, white, and blue signs were designed in the style of Trump signs, but were clearly meant to insult Trump supporters.

One couple spoke to KNSD-TV about the racist sign they found in their yard. They were likely targeted because they had a Trump flag hanging at their home.

“It was sad that anybody would think that about us, first of all, just because of the flag we have, because that’s just not us,” said Ken Slanie.

Police spokeswoman Lea Corbin told KNSD that police had investigated three homes where the unwanted signs were installed, but that there was no crime committed.

“We do not have a crime,” Corbin said in the email statement. “Simply placing a sign in another’s yard may be unwanted but [is] not a crime.”

The San Diego-Union Tribune reported that the Coronado Police Department received six calls from residents reporting the unwanted signs in their yards. They added that one resident posted a photograph of the sign on a private Facebook group and called it, “shameful, hateful and really pathetic.”

Here’s a local news report about the incidents: