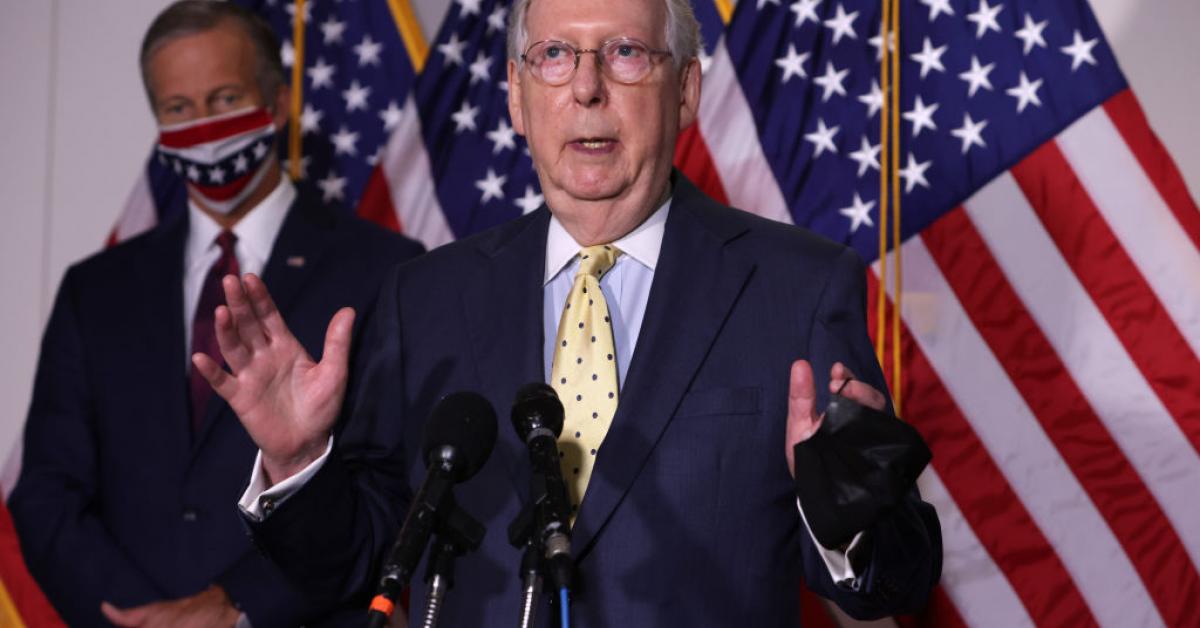 Senate Republican leader Mitch McConnell said Thursday that he plans to proceed with a procedural vote on a $500 billion coronavirus stimulus package despite Democratic leader Chuck Schumer’s effort to block the measure.

“Senators who share the Democratic leader’s toxic attitude, who think the real enemy are their political opponents, I assume will follow his lead and vote no. They can tell American families they care more about politics than helping them but senators who want to move forward will vote yes,” McConnell said on the Senate floor.

“They’ll vote to advance this process so we can shape it into a bipartisan product and make a law for the American people. That Madame president is what working families need. They need us to act. They need us to legislate. Today, they’ll see exactly who has their backs,” he also said.

The Delivering Immediate Relief to America’s Families, Schools and Small Businesses Act includes a $300 weekly federal unemployment benefit, more Paycheck Protection Program funding for businesses, about $100 billion for public schools, $15 billion for childcare, $10 billion for the U.S. Postal Service and more funding for coronavirus testing. The legislation does not include another round of direct payments or additional federal funding for state and local governments.

“There’s a good chance they feel the pressure once they see the Democrats are not going to fold to this emaciated bill, which leaves so much out. The pressure will mount on them,” the New York lawmaker said Wednesday on CNN.

McConnell questioned why the Democrats would vote against advancing the legislation when it provides more federal funding for public schools than the HEROES Act.

“We’ll be voting on $105 billion for education, more than House Democrats put in their bill, billions for testing and tracing, and even more support for vaccines. And thanks to a number of our colleagues including Senators Ernst and Loeffler, there is new support for childcare, plus other arrangements like homeschooling thanks to Senator Cruz,” the Kentucky lawmaker said on the Senate floor.

“Are Democrats really going to refuse to fund K-12 schools and childcare in a pandemic because they’re afraid Republicans might get some credit? Really? They’re going to vote against finding and distributing vaccines because they are afraid the breakthrough that our nation has prayed for might possibly help President Trump?” he also said.