Senate Races to Watch in the 2020 Election

Senate Races to Watch in the 2020 Election 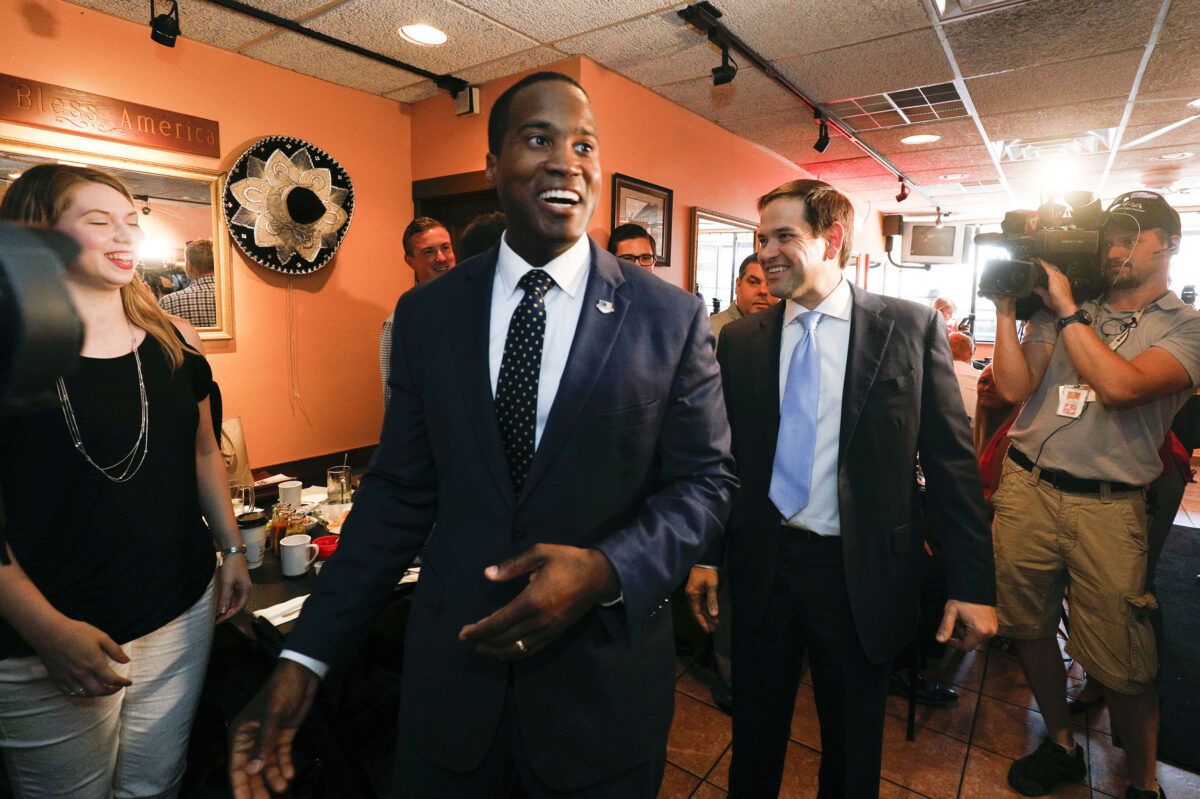 While the presidential contest is consuming much of political debate in America, Congress is facing the possibility of a major power shift. The Senate races may prove to be particularly consequential for the country’s future.

There are 35 Senate seats up for election on Nov. 3, with at least 12 likely to flip or close enough to keep an eye on. If the election swings hard one way or the other, it could make for a tectonic shift in the power balance for the next six years and beyond.

Senators not only vote on legislation, but also on presidential appointments, including federal judges and Supreme Court justices. While major legislation needs 60 votes to clear a Senate filibuster, even a simple majority suffices to pass budget measures and approve appointments. With the GOP holding a narrow majority, President Donald Trump was able to get not only his signature tax cuts bill in 2017, but also more than 200 judges and two Supreme Court justices, shaping the judiciary for decades to come.

In Arizona, Republican Martha McSally is defending the seat she was appointed to after the passing of Sen. John McCain in 2018. Her challenger is former astronaut and U.S. Navy captain Mark Kelly. McSally has consistently trailed Kelly in polls, but Trump carried Arizona in 2016. If he manages to repeat the success, it could push McSally over the finish line. Also, Kelly has campaigned heavily on gun control, which seems to have dropped in popularity this year, possibly due to an increase in violent crime and rioting in some areas across the country.

In South Carolina, Republican Lindsey Graham is defending his seat against Jaime Harrison, associate chairman of the Democratic National Committee. Recent polls showed the candidates tied, but Trump carried the state by 14 points in 2016, which may give Graham a boost. Trump has endorsed him.

In Minnesota, Democrat Tina Smith is defending the seat she was appointed to in 2018 upon the resignation of Sen. Al Franken. A former Planned Parenthood executive, Smith also previously served as the state’s Lieutenant Governor. Her opponent is former radio host Jason Lewis, who served one term (2017-2018) as a congressman for Minnesota’s 2nd District. He’s closely aligned with Trump’s agenda and has been endorsed by the president.

Smith leads in the polls. Trump lost Minnesota in 2016 by a 1.5 point margin to former Secretary of State Hillary Clinton.

In Colorado, Republican Cory Gardner faces John Hickenlooper, former governor of the state. Trump lost Colorado by less than 3 points in 2016 and Gardner has his endorsement. Previously, the polls favored Hickenlooper, but the latest results give a slight edge to Gardner.

Gardner used to serve as Colorado representative in Congress. In 2016, he pulled his support for Trump shortly before the election, but then endorsed him for 2020 citing the success of Trump’s policies in Colorado.

In Georgia, Republican David Perdue leads in polls by a small margin against Democrat Jon Ossoff, a former investigative journalist. Perdue is a former executive at a number of major corporations. He’s the cousin of Agriculture Secretary Sonny Perdue, who formerly served as Georgia’s governor.

Trump won Georgia by nearly 6 points in 2016 and has endorsed Perdue.

James, who’s worked his way up the family logistics business upon his Army discharge in 2012, ran in 2018 against Sen. Debbie Stabenow (D-Mich.), but lost by 6.5 points.

Greenfield, a former realtor, ran for Iowa’s 3rd congressional district in the 2018, but was removed from the primary ballot after her campaign manager told her he forged some signatures she needed to qualify.

Messner, the head of his corporate law firm, poured millions of his own money into his campaign, which has gained some steam with Trump’s endorsement.

Yet Shaheen, former governor of New Hampshire and Senator for over a decade, wields near-absolute name recognition in the state and a solid poll lead.

Trump lost the state in 2016 by less than half a point. Depending on how he performs in November, he may buoy Messner’s numbers.

In New Mexico, Democrat Ben Ray Luján defends his seat against Republican Mark Ronchetti. Luján, representative of the state’s 3rd district, has had a solid polling lead (pdf), but the gap appears to have been closing.

Ronchetti is a former KRQE-TV meteorologist and doesn’t appear to have much of a background in politics. Trump, who lost New Mexico by more than 8 points, hasn’t endorsed Ronchetti.

In Alabama, Democrat Doug Jones faces a challenge from Republican Tommy Tuberville. A former varsity football coach, Tuberville in the primaries beat former Senator and Attorney General Jeff Sessions and, with Trump’s endorsement, has been steamrolling Jones in polls.

In Maine, Republican Susan Collins defends her seat against Democrat Sara Gideon. Maine went narrowly for Clinton in 2016—by less than 3 points. Collins seems to have tried to appeal to left-leaning voters rather than her Republican base. She’s the Republican senator least likely to vote for Trump’s agenda and most likely to work with Democrats, according to FiveThirtyEight. Trump didn’t endorse her.

Less than 90,000 voters showed up for Collins’s primary, compared to more than 160,000 voters participating in the Democratic one. Gideon, currently Speaker of the Maine House of Representatives, leads the race by a comfortable margin, a mid-September poll shows.

In Alaska, incumbent Republican Dan Sullivan faces a challenge from Al Gross, an independent running on the Democrat ticket. Gross, an orthopedician and political newcomer, has been rising in polls, partly perhaps due to solid fundraising and a partially self-funded campaign (pdf, pdf).