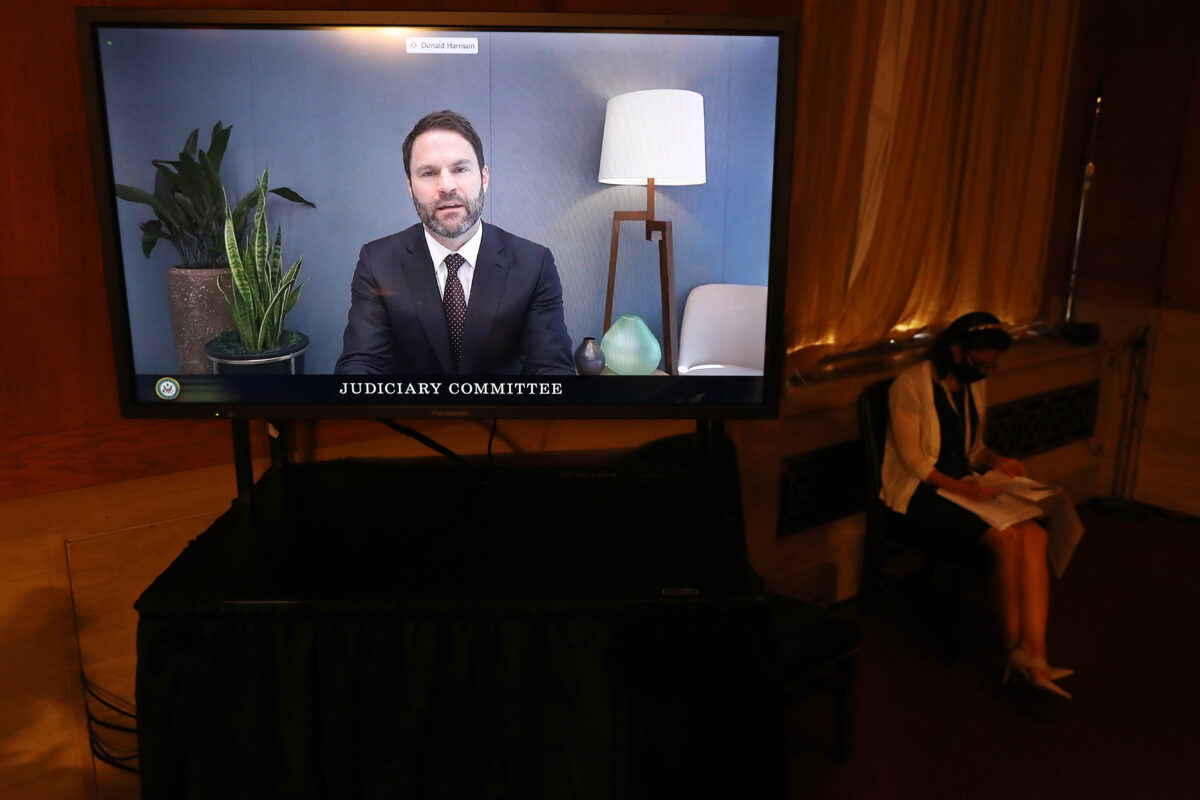 A top Google executive was confronted repeatedly Tuesday by Republicans and Democrats on the Senate Judiciary Committee’s anti-trust subcommittee regarding the tech giant’s monopolistic dominance of the digital advertising market.

Don Harrison, Google’s President for Global Partnerships and Corporate Development, told the panel his company is helping boost profits for businesses that buy and sell digital advertising in the Internet market.

“Even as online ad prices have fallen, benefiting businesses and consumers, Google has helped publishers make more money from ads,” Harrison said in his opening statement to the hearing of the Subcommittee on Anti-trust, Competition and Consumer Rights.

“In 2018, we paid more than $14 billion to our publishing partners in our ad network. This is up from $10 billion in 2015. In 2019, when both advertisers and publishers used our tools, publishers kept more than 69 percent of the ad revenues. That is more than the industry average,” Harrison said.

Harrison also claimed Google “takes an open approach” by making “its tools interoperable with rivals, increasing choice and competition.” He added that “the free and open internet that we all enjoy is made possible by advertising. Without it, publishers would be forced to adopt subscription models, putting their content behind pay walls, or shut down their operations entirely.”

But Sen. Mike Lee’s (R-Utah) first question following his opening statement and that of Sen. Amy Klobuchar (D-MN), the panel’s ranking minority member, to Harrison was why Google earlier this year “banned the conservative web site, The Federalist, from monetizing its content through Google ads.”

Lee acknowledged that a private company does not violate anti-trust law by withdrawing its services from a customer, but such conduct suggests Google thinks The Federalist has no alternative, which could be evidence of illegal monopoly power.

Harrison denied that Google was the only avenue for The Federalist to monetize content, but his company does not want its ads to appear “next to harmful content.”

The Federalist does not censor comments posted on its site by readers, Harrison said, with a result that the site included “racist commentary and we’ve been clear our ads cannot show up next to that kind of commentary.”

To avoid demonetization, Harrison said, The Federalist can stop publishing comments, censor them or avoid having ads appear among them.

“This is what I find ironic, some would say hypocritical, that Google justifies [demonetizing] a web site from its ad platform because of content produced not by the site itself but because of content in its comment section,” Lee responded.

At the same time, Lee noted, Google claims Section 230 of the Communications Decency Act shields it from liability for its own users’ content.

When Harrison declined to respond directly to Lee’s suggestion of hypocrisy on Google’s part regarding The Federalist, the Utah Republican observed that “this is how a company acts when it senses it has no competition.”

Pressed repeatedly by Lee and other members of panel to explain how much Google keeps from each ad buy and sell transaction, Harrison declined to do so.

Sen. Josh Hawley (R-Mo.) referenced a recent study for the government of the United Kingdom (UK) that found Google controls from 40 percent to 90 percent of each step in the digital ad buying and selling process (called the “Ad Stack” in the industry).

“Do you know of any other company that exercises this kind of concentration and dominance across every layer of the Ad Stack,” Hawley asked Harrison.

“First of all, senator, we have built good products and I am proud that the publisher ecosystem and the advertiser ecosystem chooses to use those products,” Harrison replied, without responding directly to Hawley’s question.

Hawley also asked Harrison if Google “is using your monopolies in search and video in order to maintain a monopoly in the ad space as well?”

Harrison responded with a description of how markets work and pointed out that Amazon’s “supply-side [digital ad] platform over the past three years has grown so much that it is bigger than ours.”

“The Google witness’s explanation for his company’s bias against conservatives was completely unsatisfactory. That this company can’t even admit they are one of the biggest tech companies in the world shows just how out of touch they are,” Lee said.

Tuesday’s hearing comes amid growing bipartisan concerns in Congress that Google and other digital tech giants like Apple, Microsoft, and Amazon are so huge and have acquired such power through the internet that anti-trust laws originally conceived and passed in the 19th Century are no longer able to ensure competitive markets and consumer choice.

The Department of Justice (DOJ) is also reportedly conducting an extensive investigation focused on anti-trust concerns about Google’s commanding position in the digital ad market.

And in a related development Wednesday, the Federal Trade Commission (FTC) is reportedly preparing anti-trust action against Facebook, one of Google’s top competitors.