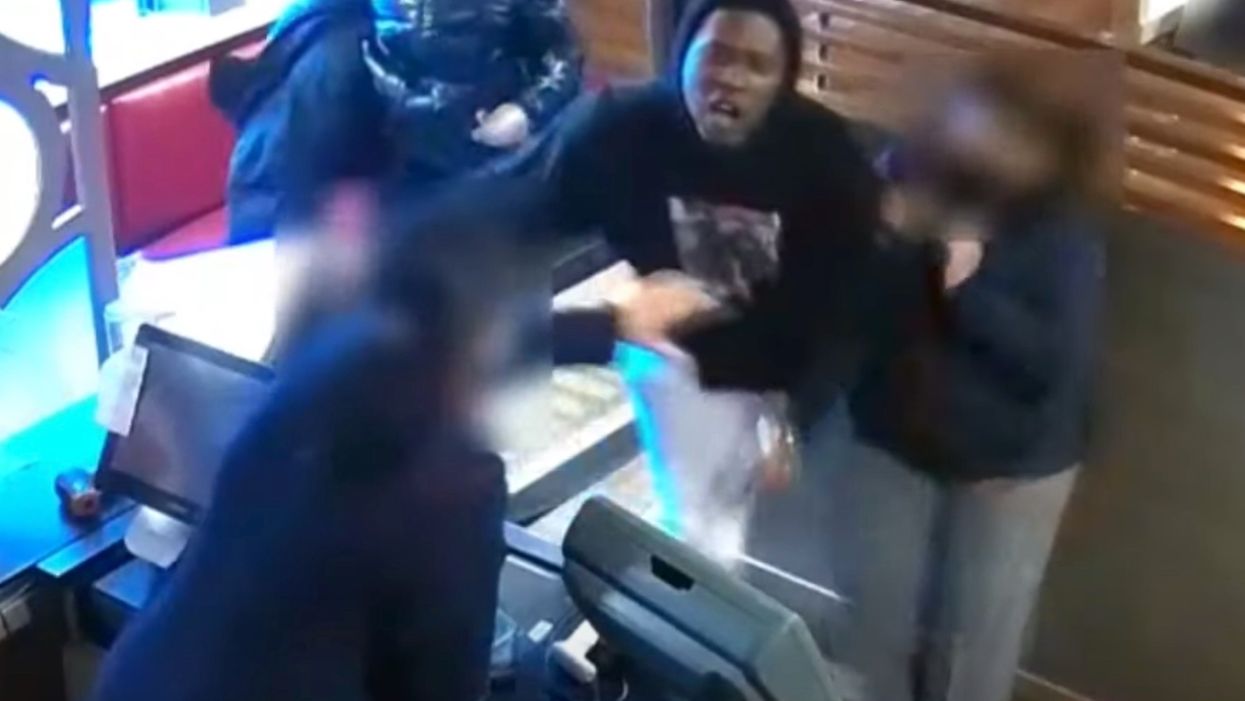 Police say that a man slashed an IHOP worker after he was turned away from the restaurant for not wearing a face mask, and the incident was captured on security video.

The startling incident unfolded on Tuesday evening in the Jamaica neighborhood of the Queens borough in New York City, New York.

Employees of the restaurant said the man was turned away because he wasn’t wearing a mask and he began to make threats when a manager politely offered to take his order from outside. One employee told the Queens Daily Eagle that the man was threatening to “shoot up” the place, and that they called 911 before he left.

Video showed the man quarreling with the workers after he returned moments later with two friends.

After pushing a table out of his way, the man appears to search for something in his pockets, then grabs something handed to him by one of his friends, and stomps towards an employee.

In another camera angle the man can be seen swinging wildly at two employees before scurrying away with his friends.

Police say that the man had a knife and slashed at the male employee and instead cut the 40-year-old woman. The woman required stitches for the injury, but is expected to recover.

The NYPD Crimestoppers is offering up to $2,500 reward money for information about the suspect.

This is just the latest of mask disputes that spiraled into violent attacks. Just two days into the mandatory mask order in Michigan in July, a man was shot and killed by police after stabbing another man over demands that he wear a mask.

In another incident from Washington state in July 17, video captured the moment a man viciously beat a 72-year-old partially disabled veteran after he told the man’s girlfriend she should be wearing a mask to help stop the spread of the coronavirus.

Here’s a local news report about the attack: