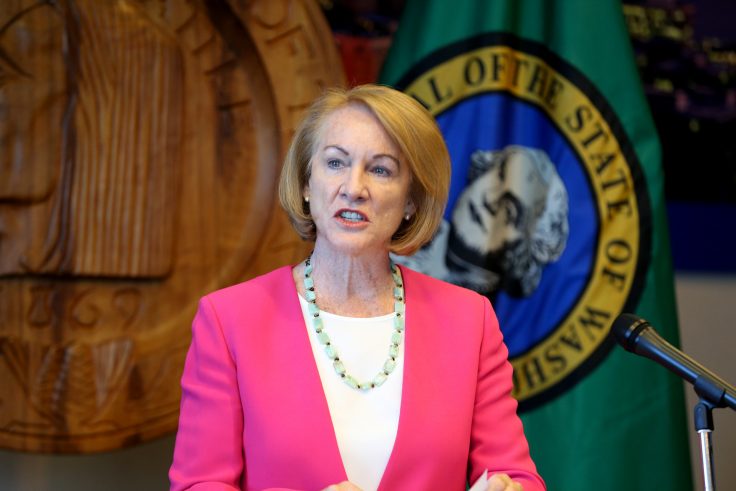 Hundreds of Seattle business owners are calling on Mayor Jenny Durkan (D.) and Seattle City Council to pledge to protect businesses and the local community, citing problems with vandalism and theft that some say the city has ignored.

Around 300 businesses backed the letter and sent it to government officials on Monday. The letter asks Durkan and the council to pledge to protect business owners, employees, and clientele from “threats to personal safety, verbal or physical abuse, and exposure to hazardous materials” and protect property “from malicious damages” following a tumultuous summer marked by months of violent riots, looting, and vandalism, as well as coronavirus pandemic shutdowns.

Adam McQueen, a bar owner, told KOMO News that he’s spent thousands of dollars to beef up security on his property after repeated break-in attempts and vandalizations. He said that the Seattle city government has largely ignored local businesses.

“We’re being ignored and we’re also the ones providing food and entertainment for all the people that live in these neighborhoods,” McQueen said.

Durkan said in a statement responding to the letter that she intends to balance public safety with protesters’ calls to reform police.

“In Seattle, communities are rightly demanding that we transform policing, work to dismantle systemic racism, and continue to protect residents and businesses,” Durkan said. “All of us—Mayor, Council, and community—must engage in a deliberate and informed effort so as not to cause additional harm or jeopardize public safety.”

Seattle’s city council voted earlier this summer on a series of police department budget cuts in response to protesters’ calls to defund the police. As a result, the police department disbanded the city’s homelessness task force—exacerbating the city’s homelessness crisis. Repeated disputes with city council, and ultimately the budget cuts, led former police chief Carmen Best to resign earlier this month. Discussions over police department funding began this summer after anti-police protests broke out across the country following George Floyd’s death in May.