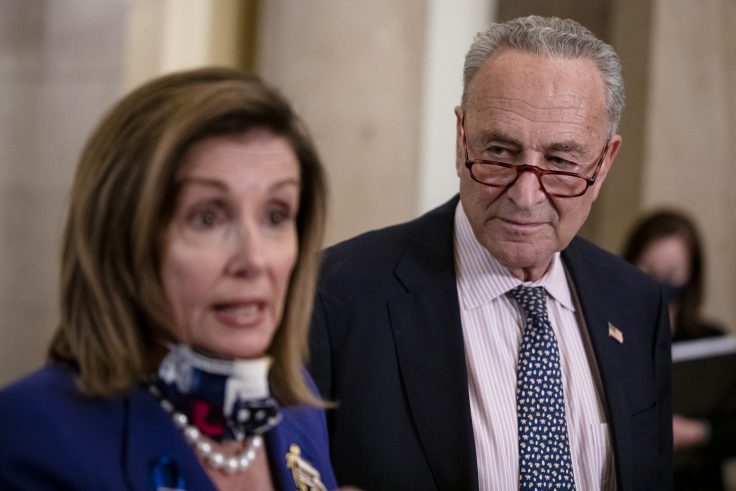 Majority Forward, a nonprofit with ties to Schumer’s Senate Majority PAC, has pushed $10.6 million in direct contributions into the election, while House Majority Forward, a nonprofit that is linked to Pelosi’s House Majority PAC, has poured $1.6 million into 2020 efforts. The cash ultimately benefits liberal politicians, who routinely vow to rid politics of dark money.

Majority Forward, created in 2015, has been the biggest liberal dark money spender in recent years. The nonprofit has steered $8 million in direct contributions to Schumer’s Senate Majority PAC; $1.5 million to Let’s Turn Colorado Blue, which backed Democratic Senate candidate John Hickenlooper in the Democratic primary against Andrew Romanoff; and $500,000 to the progressive group Swing Left, which works in toss-up elections. House Majority Forward, meanwhile, was launched in 2019 shortly after House Democrats introduced a bill that would have required the disclosure of major donors who give to 501(c)(4) nonprofits like itself. Its entire $1.6 million in direct contributions went to Pelosi’s House Majority PAC, even though House Majority Forward’s website says its work focuses mainly on economic, social, and environmental issues.

Both nonprofits keep their donors’ identities hidden, making it difficult to know where Democratic campaign contributions are ultimately coming from. Anna Massoglia, a researcher at the Center for Responsive Politics, says this practice acts as a loophole to disclosure rules. “Dark money groups funding closely tied super PACs and other political committees that are legally required to disclose their donors keeps the identity of financiers behind the spending hidden, skirting FEC disclosure rules,” Massoglia said.

The information of individuals who contribute more than $200 to a political committee in an election cycle is posted online by the Federal Election Commission. But when individuals first give cash to an outside dark money group, which then pushes the cash into political committees, their identities remain hidden throughout the process.

Democrats have long railed against dark money in politics but now outpace Republicans in its usage. In 2018, more than $150 million in secret cash was pumped into the elections, 54 percent of which came from Democratic groups as opposed to only 31 percent from Republican groups. So far in 2020, more than $116 million has been pushed into election efforts from both political parties, according to the Center for Responsive Politics. In addition to its direct contributions, Majority Forward has spent nearly $24 million this cycle on TV and digital ads.

This cash, however, is just a fraction of the total amount of dark money that funds political activities. Many groups that run voter engagement campaigns, for example, do not have to report those efforts to the Federal Election Commission.

Democrats have used such groups to build a formidable apparatus for their wealthiest donors to utilize. Arabella Advisors, a D.C.-based network that acts as a “fiscal sponsor” by providing its tax and legal status to left-wing nonprofits, has alone injected more than $1 billion into Democratic organizations and causes since President Donald Trump took office. One of the entities housed at Arabella, the Sixteen Thirty Fund, has been used to conceal $20 million in liberal election spending in the 2020 cycle so far.