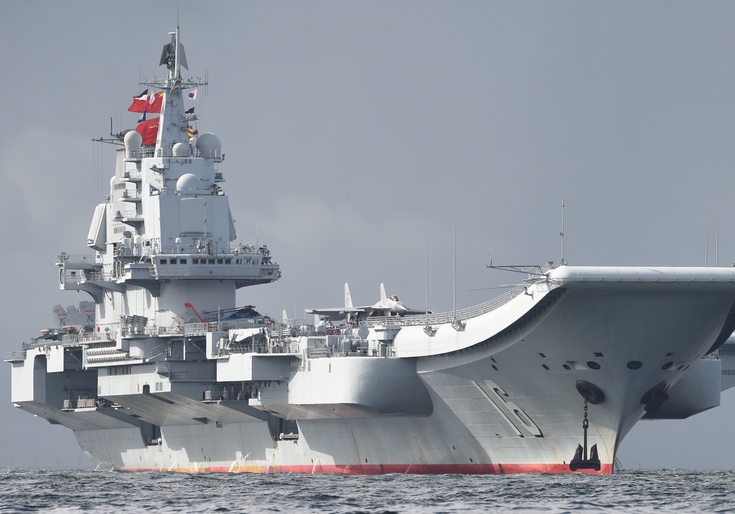 Satellite images obtained by the Center for Strategic and International Studies (CSIS) show that China is building its third aircraft carrier, which could be launched within the coming months.

The new carrier model appears to have advanced technological capabilities, which China’s first two aircraft carriers do not, as they were designed from Soviet-era blueprints.

While it is unclear whether Beijing’s new carrier will come with cutting-edge capabilities such as an electromagnetic catapult system—which allows for the efficient takeoff of aircraft from the ship—the rapid progress on the carrier has impressed defense experts.

“The Chinese are showing tremendous capability of designing and fitting out vessels,” CSIS researcher Matthew Funaiole told the Washington Post. “It’s moving along on pace. It’s impressive the process they’re going through to position themselves at the forefront of carrier technology.”

It is also unclear whether the Chinese will halt production of carriers after the one currently under construction is completed. Li Jie—a scholar with ties to the Chinese navy—told a Beijing forum that the People’s Liberation Army is planning a fourth carrier group. Analysts expect that the Chinese hope to ultimately construct a fleet of six carriers, which would further close the gap with the U.S. Navy’s fleet of 11 carriers.

China’s fleet modernization extends beyond building aircraft carriers. A recent Pentagon report details the growth of Beijing’s naval fleet to over 300 ships, surpassing the United States as the largest blue-water navy in the world.

Even further, China has developed a complex underwater surveillance network in the South China Sea. And the People’s Liberation Army has expanded its capacity for amphibious attacks, putting its cross-strait adversary Taiwan on notice.

“Our robust network of allies and partners remains the enduring asymmetric advantage we have over near-peer rivals, namely China, that attempt to undermine and subvert the rules-based order to advance their own interests, often at the expense of others,” Secretary of Defense Mark Esper noted in an August speech.

Earlier this month, the Republic of Palau—an island nation in the Pacific—invited the United States to build military installations and ports within its borders to counter the rising threat of China.

Elsewhere, Washington has increased engagement with Australia, Singapore, and other nations through arms sales and diplomatic exercises.