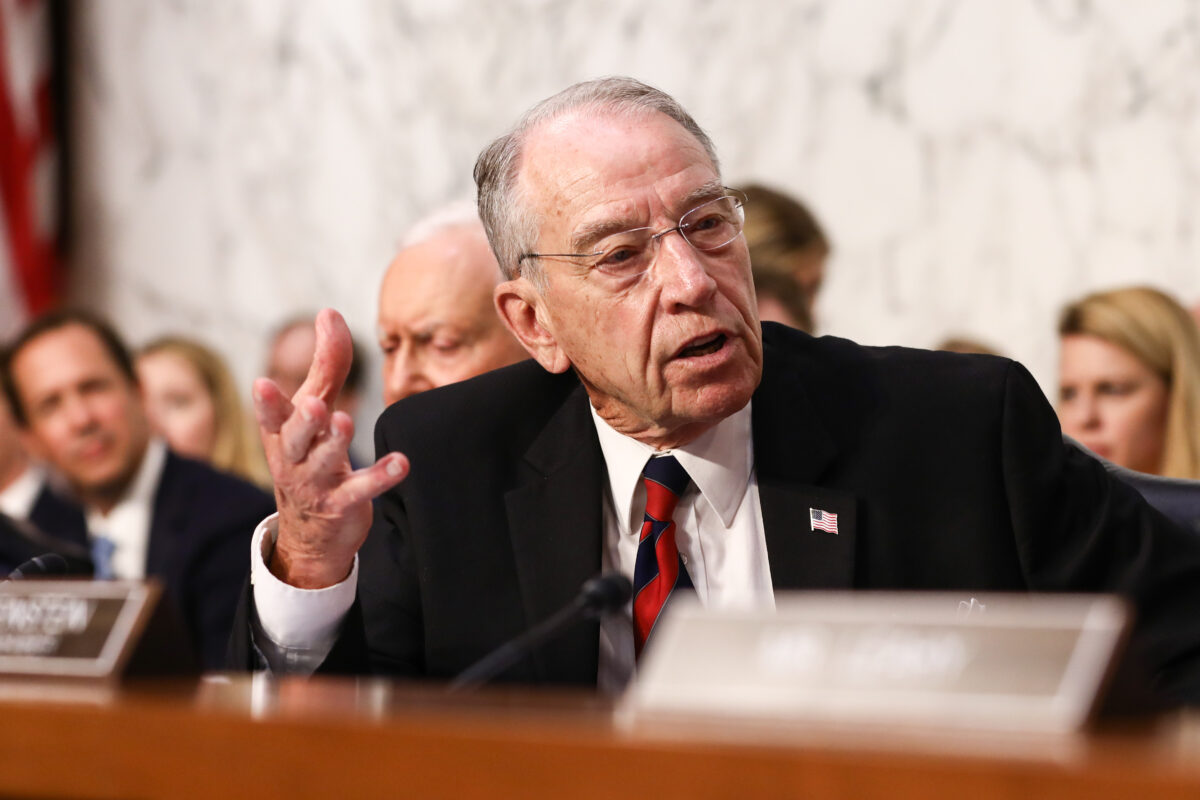 “I hope that Vice President Biden will agree with me that the American people deserve this information before the election, not after,” Grassley said in a statement, obtained by The Hill. “I call on Vice President Biden to release the list of names from which he would nominate to the Supreme Court, no later than September 30.”

Grassley continued, “the Biden-Harris ticket owes voters the same transparency President Trump has demonstrated along with the same commitment to nominate from that list should there be a vacancy.”

“There’s no reason to hide something as consequential as who would be named to our highest court,” Grassley added.

Grassley’s request to Biden comes in the wake of the president releasing last week his list of 20 people to potentially serve as Supreme Court justices.

President Trump read off the names on his list at a White House press conference, which included Daniel Cameron, the Kentucky attorney general who spoke at the Republican National Convention, along with Sens. Ted Cruz (R-Texas), Tom Cotton (R-Ark.), and Josh Hawley (R-Mo.).

During the announcement at the White House, the president criticized Biden for not releasing his list of potential nominees saying, “I think it’s a very important thing for our country that he do that.”

“Unfortunately, there is a growing radical left movement that rejects the principle of equal treatment under the law,” he said. “If this extreme movement is granted a majority on the Supreme Court, it will fundamentally transform America without a single vote of Congress.”

“Radical justices will erase the Second Amendment, silence political speech, and require taxpayers to fund extremely late-term abortion,” he said. “It will give unelected bureaucrats the power to destroy millions of American jobs. They will remove the words ‘under God’ from the Pledge of Allegiance. They will unilaterally declare the death penalty unconstitutional, even for the most depraved mass murderers.”

In June Biden said he would release names of his picks for the Supreme Court, at a later date.

“I hesitate to do anything the President does because he usually does it wrong. We are putting together a list of a group of African-American women who are qualified and have the experience to be in the court. I will not release it until we get further down the line.”

The oldest of the current Supreme Court justices are, Justice Ruth Bader Ginsburg is 87; Justice Stephen Breyer is 82; Clarence Thomas is 72, and Justice Samuel Alito is 70.