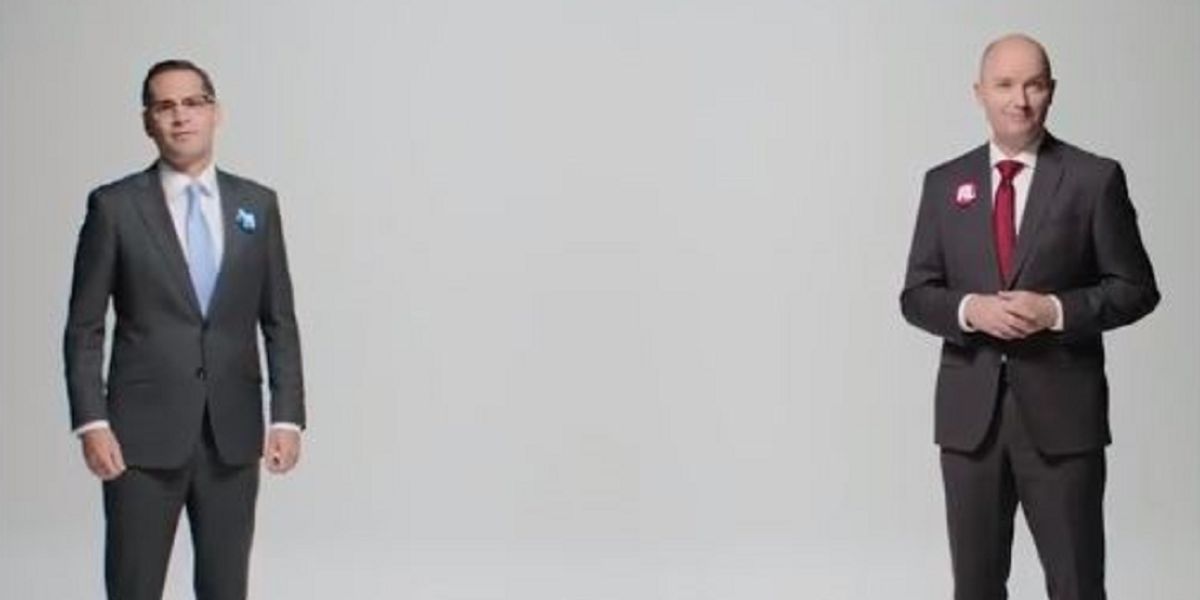 The Republican and Democrat running against one another to become Utah’s next governor have released a pair of joint ads where the two appear together, calling for civility in public discourse no matter who comes out the winner.

GOP Lt. Gov. Spencer Cox and his Democratic rival, law professor Chris Peterson, say they hope Utah can be an example to the nation on how people can disagree about politics but still work together.

“Today @SpencerJCox and I are releasing joint public service ads on civility in politics,” Peterson tweeted along with a clip to one of the ads on Monday. “Working together and the peaceful transfer of power are integral to what it means to be American. Let’s reforge our national commitment to decency and democracy. #utpol #standunited”

“We are in the final days of campaigning against each other,” Cox notes in the ad.

Then Peterson says, “But our common values transcend our political differences, and the strength of our nation rests on our ability to see that.”

Cox then says, “We are both equally dedicated to the American values of democracy, liberty, and justice for all people.”

“We just have different opinions on how to achieve those ideals,” Peterson adds.

Today @SpencerJCox and I are releasing joint public service ads on civility in politics. Working together and the p… https://t.co/NfTUiZdAJM

“I’m not sure this has ever been done before…but as our national political dialogue continues to decline, my opponent @PetersonUtah and I decided to try something different,” Cox tweeted while introducing the second ad. “We can disagree without hating each other. Let’s make Utah an example to the nation. #StandUnited #utpol”

The ad is similar to the first, but the two candidates chuckle while each individually urging Utahans, “you should vote for me,” before reiterating their commitment to civil discourse with Cox saying, “Let’s show the country that there’s a better way.”

I’m not sure this has ever been done before…but as our national political dialogue continues to decline, my oppon… https://t.co/UZ2MilTiaZ

KSTU-TV’s Ben Winslow called the ads “practically unheard of in 2020 politics,” and reported that the public service announcements were partially paid for by Cox’s campaign.

Winslow said that the candidates’ commitment to a peaceful transition to power are “a small rebuke to [President Donald] Trump, who has raised doubt about whether he would accept the results of the November election.”

A new Deseret News/Hinckley Institute of Politics poll released Monday shows Cox holds a big lead over Peterson. The candidates are looking to replace Republican Gov. Gary Herbert, who announced last year that he would not seek reelection.