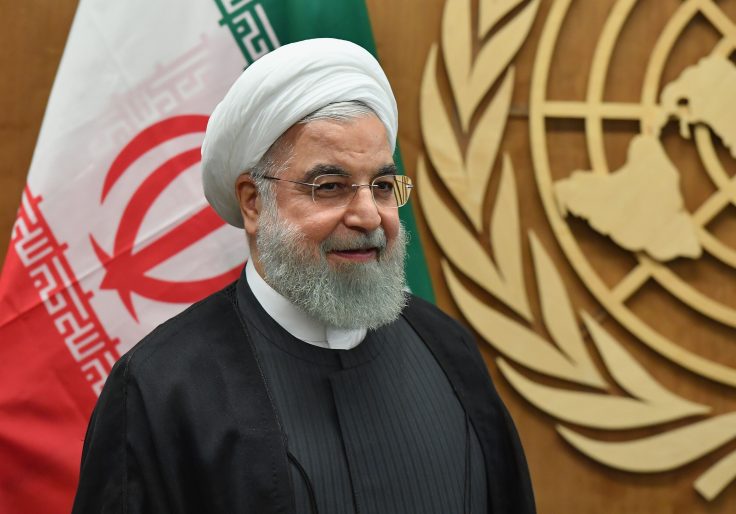 Officials told Politico they have been aware of plots targeting Marks since the spring, but more specific intelligence surrounding the threat to the ambassador has emerged in recent weeks. One official said Tehran would employ its embassy in Pretoria in an operation against Marks.

Marks, who was confirmed to her position in 2019, has been a close Trump ally with ties to South Africa. She was born in the country and speaks some of its national languages. She has been informed of the potential assassination attempts against her, a U.S. government official confirmed.

Iran continues to operate covert intelligence networks throughout South Africa, giving the Islamic regime comparatively stronger capabilities to execute such a mission than in Western Europe, where Washington maintains closer relationships with counterintelligence and law enforcement.

Since the 1970s, Iran has employed asymmetric and deadly tactics such as taking hostages, assassinating leaders, and funding terror networks to target adversaries. In the past two decades, Tehran—in large part through the orchestration of the now-deceased Soleimani—has coordinated terror networks to attack American military installations.

Following a lethal airstrike on Soleimani and others, President Donald Trump revealed how Soleimani had plotted attacks on American strongholds in the Middle East.

“They were looking to blow up our embassy,” Trump said in January, referring to the massive, heavily fortified U.S. diplomatic compound in Iraq. “I can reveal I believe it probably would’ve been four embassies,” he added in a Fox News interview later on.

Recent months have lent themselves to a wave of Iranian aggression, including overtures to China and Russia and collaboration with the Taliban.

“I do not know what the nature of that response will be, but we will certainly be ready for it, should it occur,” McKenzie said.