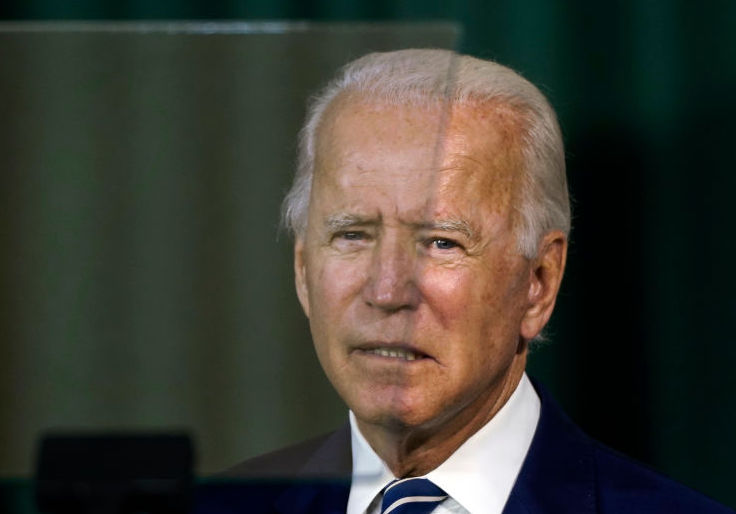 According to the report, the 77-year-old candidate is being kept in a “sanitizer-saturated bubble.” His campaign events strictly limit the number of attendees and enforce social-distancing. At a recent event in Kenosha, Wis., they even used measuring tape to precisely seat attendees for his safety.

Despite meticulous sanitation measures, a schedule lacking in public events, and disciplined mask-wearing within the campaign, aides have “privately acknowledged concerns about his health” were he to get coronavirus. Aides have also watched his every move, cautioning him to “Keep back!” whenever he violates a six-foot boundary between himself and supporters.

As the election nears, Biden has promised to campaign more in person and has said he is being tested weekly for coronavirus. But prior restrictions on his travel and media access have still drawn criticism.

A former cochair of a Wisconsin Democratic group faulted Biden for not attending the Democratic National Convention in Milwaukee. Biden instead opted to participate from a convention center near his home in Wilmington, Del.

“He could have had a very safe, and isolated trip,” said Terrance Warthen, former co-chair of Our Wisconsin Revolution. “He has the resources to do it, it’s the middle of a presidential race … Is he taking Wisconsin for granted?”

Biden has also faced the charge that he has declined cognitively, a point granted by one of the Obama White House’s stenographers, who said he’s “not the same Joe Biden” compared to when he was vice president. Biden’s frequent gaffes and mix-ups have fueled speculation about his mental soundness.