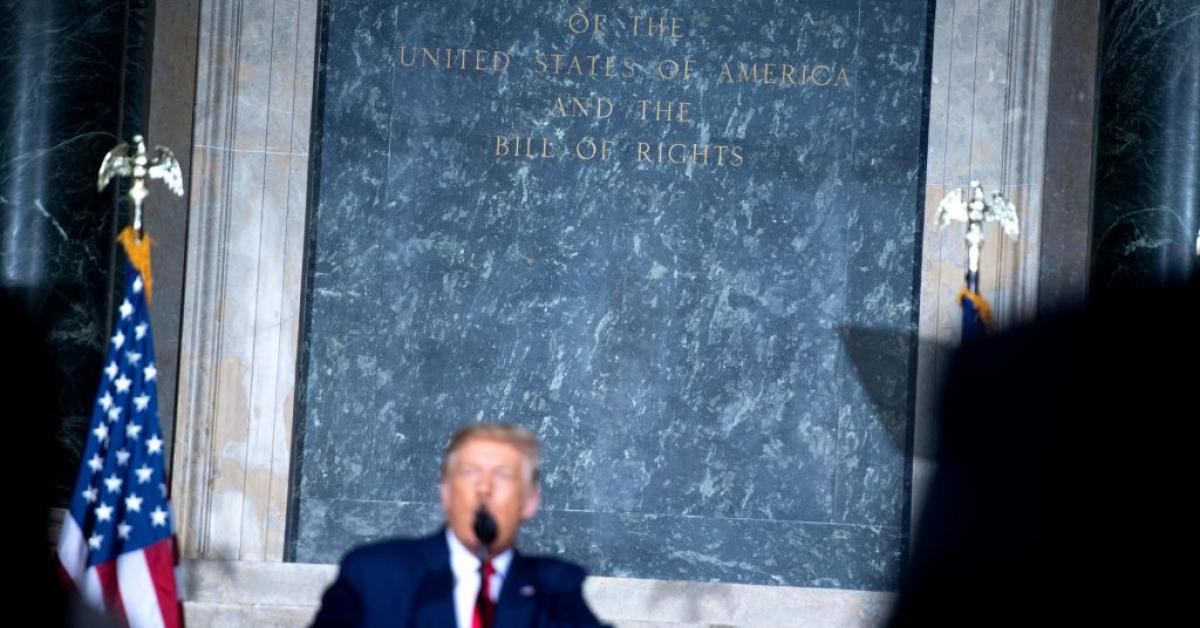 “We are here today to declare that we will never submit to tyranny. We will reclaim our history and our country for citizens of every race, color, religion and creed,” Trump said. “The left has warped, distorted and defiled the American story with deceptions, falsehoods and lies,” he declared, referring to the attempts to silence and shame Americans.

He announced he will soon sign an executive order establishing a national commission to promote patriotic education called the 1776 Commission. The commission will encourage educators to teach children about American history and will make plans to honor the approaching 250th anniversary of our nation’s founding.

“American parents are not going to accept indoctrination in our schools, cancel culture in our work or the repression of traditional faith, culture and values in the public square, not anymore,” he said.

The announcement follows the New York Times’ 1619 Project that began last year with a stated goal to “reframe American history” by placing “the consequences of slavery and the contributions of black Americans at the very center of the story we tell ourselves about who we are as a country.”

Several major U.S. school districts have said they will add the project into their curriculum.