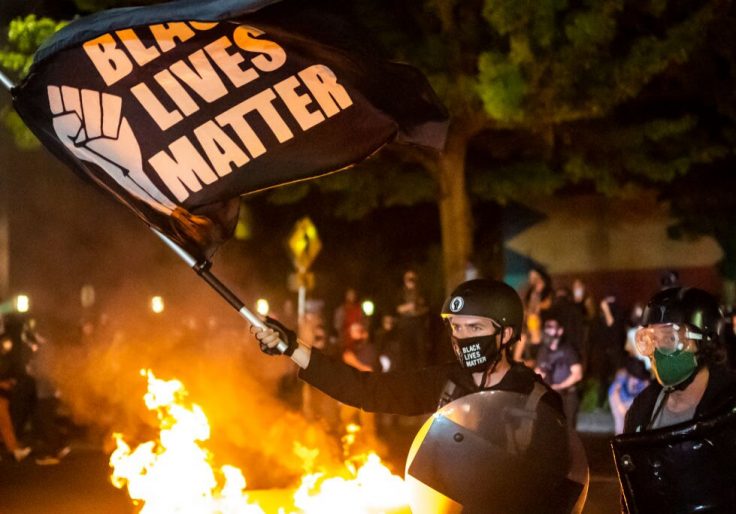 Police arrested a top Democratic staffer in Oregon’s state legislature this weekend for interfering with a police officer during the Portland riots.

The police arrested Kristina Narayan, who is legislative director for the top Democrat in Oregon’s House of Representatives, along with 58 others during a riot that began Saturday night and continued into Sunday morning, according to a Portland Police Bureau report. Narayan has worked for House Speaker Tina Kotek since 2016.

On Saturday, officers blocked a crowd marching toward the East Portland Community Policing Center. Police declared a riot after somebody in the crowd threw a firebomb toward officers, which set fire to a member of the community. The rioters continued to throw rocks, fireworks, and mortars toward the officers.

Nearly 150 calls to Portland police were left on hold Saturday night as the riot forced local police officers to abandon their patrol and help control the violence. Oregon State Police were also on the scene.

Kotek’s office did not respond to a request for comment.

Protests in Portland began in late May following the police-involved death of George Floyd and have continued nightly for more than 100 days. Leaders on both the right and the left have condemned the Portland City Council and Mayor Ted Wheeler (D.) for “endorsing” the riots and destruction.