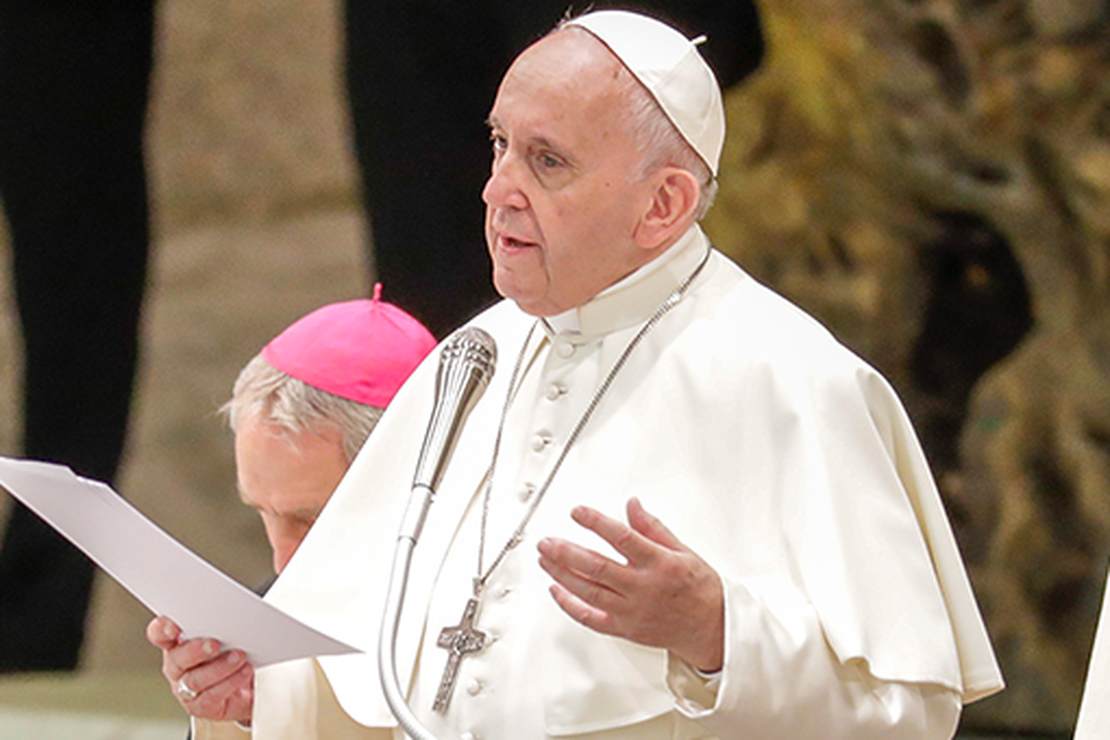 Pope Francis has been a figure of controversy since his election in 2013. For some, his papacy hasn’t gone far enough in reforming the Roman Catholic Church, especially in acknowledging the sexual abuse of so many. Others believe he’s crossed the line by advocating a radical liberal agenda, including climate change, radical wealth redistribution, and his condemnation of capitalism.

But on the matter of human sexuality, Cheech and Chong’s old joke comes to mind: “You no playa da game, you no make-a da rules.” Most popes have heeded that advice and, outside of telling Catholics they can use artificial birth control, some ancient strictures have remained.

Now, along comes Pope Francis, who blesses the sex act, calling it a “divine gift.” He also praises the pleasures of eating as from God.

At the rate he’s going, he’ll whittle down those Seven Deadly Sins to just one or two.

In an interview with Italian writer Carlo Petrini, who has compiled several conversations with the pope for a new book, his Holiness referred to sex and food, among other delights, as gifts from God. Furthermore, to enjoy them is not sinful, as “overzealous” church leaders have taught in the past.

“Pleasure arrives directly from God. It is neither Catholic nor Christian nor anything else; it is simply divine,” he tells Petrini in the book “TerraFutura: Conversations With Pope Francis on Integral Ecology,” an English working title, out now in Italy. “The pleasure of eating and sexual pleasure come from God.”

While this is self-evident, it may be interpreted as condemning the “overzealous” past popes who insisted that sex was holy only when done in the context of marriage and only if it was intended to be an act of procreation. Obviously, Francis is not referring to sex outside of marriage. And as far as eating, he’s not referring to overeating — the sin of gluttony.

But is he saying that sexual pleasure is holy even if procreation isn’t the intent?

Francis continued, referring to the church’s past condemnation for life’s gustatory and sexual pleasures as “overzealous morality … A wrong interpretation of the Christian message.”

“The pleasure of eating is there to keep you healthy by eating, just like sexual pleasure is there to make love more beautiful and guarantee the perpetuation of the species,” said the Pontifex Maximus.

It appears that this is a pope who lives in the modern world. A Catholic might interpret those words to mean that any loving union where sex is enjoyed is blessed by God, not necessarily one involving marriage.

Is that really revolutionary?

“I don’t think it’s unusual for a pope to say what he specifically said, though,” said writer and Catholic critic Peter Williams. “In calling the enjoyment of food and sex ‘divine’, the Holy Father is rightly pointing out that pleasure comes from God.” Williams told Newsweek that the Bishop of Rome was describing “the church’s acceptance of ‘human, simple, moral pleasure,’ like good cuisine and fulsome sexual love in marriage.”

As the pope said, the fact that sexual pleasure is “divine” is simply common sense. But without the intent to procreate? St. Paul might have been doubtful, but it’s a simple acknowledgment on the part of Pope Francis that the divine gift of sexual pleasure among lovers comes from heaven and whether they pursue a sexual liaison for procreative purposes or not, it is a blessed act.