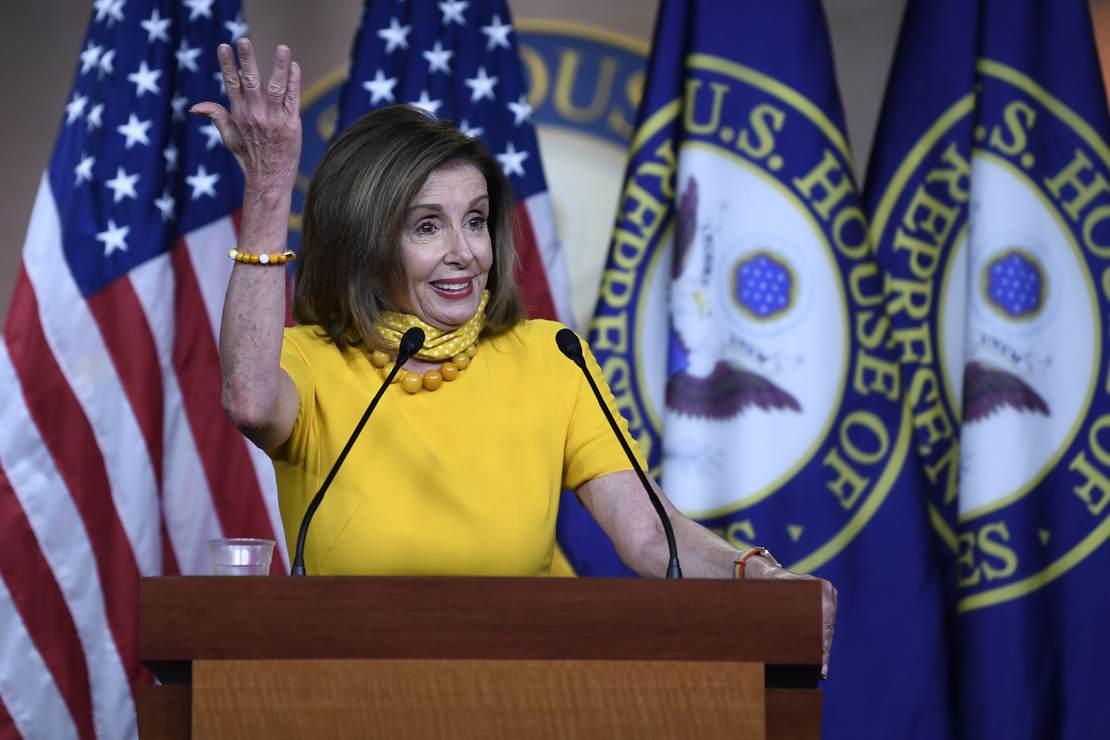 House Speaker Nancy Pelosi (D) claims to love science when it’s convenient. She routinely scolds President Trump over coronavirus science despite the fact that Dr. Fauci and others on the president’s COVID team say he has always followed the science on it.

Pelosi also claims the science is on her side when it comes to climate. So why, then, did she toss out the science and go full Gaia during a recent interview on the California wildfires?

We have these fires in California, and in the West, 16 people have died in Washington, Oregon, and California, including a firefighter and a 1-year-old baby. We — our firefighters have been so, very, very courageous.

Now, we’re, again, breaking records. Mother Earth is angry. She’s telling us — whether – she’s telling us with hurricanes on the Gulf Coast, fires in the West, whatever it is, that climate crisis is real and has an impact.

Video at the link over at RealClearPolitics.

Unlike Pelosi and most in politics who comment on science, I actually worked in science for eight years and wrote a book about science (astronomy – link below). Here’s some science: California liberals abandoned basic forestry management decades ago. This has allowed dead wood which becomes fire fuel to pile up year after year, and when one of the state’s aging powerlines gets knocked or blown over it only takes a spark to get the fire going.

The powerlines are aging at least in part because California, a rich state with a massive economy, has decided not to maintain them properly. Liberals, in short, have abanonded basic government, most conspicuously public safety nationwide this year, for the sake of politics.

If you’re goading others to “follow the science” while you also appeal to the authority of “Mother Earth,” you’re doing both science and mysticism wrong.

Even far-left Mother Jones goads California to allow more controlled burns to prevent wildfires and even feed the mighty sequoia trees. Here’s some science on that:

“They are a fire-dependent species that are well adapted to survive burns,” says Nichols. “In fact, fire helps them get the next generation of sequoias started.” That’s because fire encourages the trees to drop their cones en masse. The blaze knocks out competition from other plants and provides a great shot of fertilizer in the form of ash.

A commenter back over at RCP lays down some history on the subject.

I lived and worked for five years for the USDA-Forest Service in a 180,000 acre wildlife area. There were four camping areas for boaters, swimmers, hikers, and horse back riders. There were no stores, restaurants, motels at all in this beautiful area (Land Between the Lakes). The only residents allowed were those of us who worked at these individual campgrounds. We rarely had any fires at all, even though this entire area is heavily wooded. The reason is because of the controlled fire burns done periodically by the Forest Service employees to rid the forests of dead trees, brush, and leaf litter. The tree huggers, like Pelosi, of California passed laws PREVENTING these much needed controlled burns, and sadly and horrifically are paying the ultimate price. Keep stupidly blaming “climate change” instead of proper forest management, and instead of building massive reservoirs to capture and hold snow melt and rain run off from the mountains.

One of California’s wildfires was set off by pyrotechnics at a gender reveal party. It might be enlightening to ask Pelosi for Mother Earth’s opinion of all the implications of that.

Pelosi: Trump Negotiating Peace Between Israel and Arab Countries Is a ‘Distraction’

Bryan Preston is the author of Hubble’s Revelations: The Amazing Time Machine and Its Most Important Discoveries. He’s a writer, producer, veteran, author, and Texan.