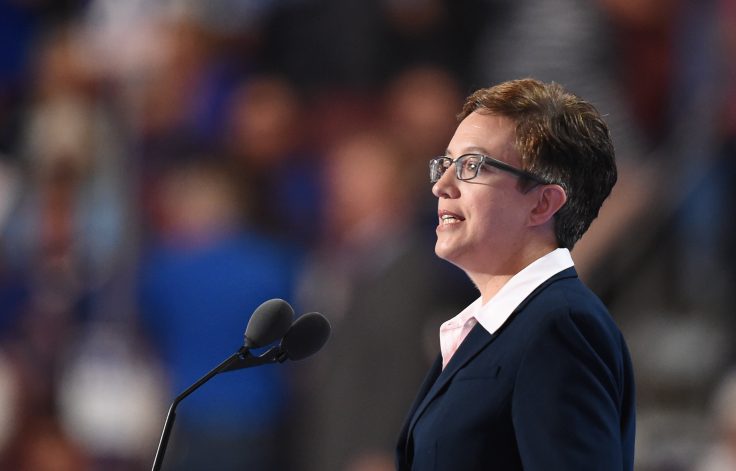 Oregon’s house speaker Tina Kotek (D.) defended her staffer who was arrested in Portland this weekend for interfering with police during a riot.

Kristina Narayan, Kotek’s legislative director, was arrested along with 58 others during a demonstration that broke out Saturday night in which rioters threw firebombs, rocks, and mortars toward police officers. Kotek, who is also on the board of the Democratic Legislative Campaign Committee, defended her staffer for practicing “freedom of expression.”

“Freedom of expression is the foundation of our democracy. Every person—including members of my staff—has the right to stand up for what they believe and engage in nonviolent resistance,” Kotek said. “Kristina’s experience is similar to what other Portlanders have experienced over the last few months. We need peace and accountability.”

Neither Kotek’s office nor the DLCC responded to a request for comment. David Abrams, deputy executive director of the Republican State Leadership Committee, said Kotek’s comments were “shameful.”

“There isn’t anything peaceful about what’s happening in Portland,” Abrams said. “Speaker Kotek’s tone-deaf comments don’t even acknowledge the destruction, fear, and despair rioters like her staffer have caused by fanning the flames of violence in American cities. It’s shameful, and yet somehow remains par for the course in today’s Democratic Party.”

Nearly 150 emergency calls to Portland police were left on hold Saturday night as officers were pulled off patrol to respond to the riot, according to a Portland Police Bureau report.

Kotek isn’t the only Oregon Democrat who has been soft on the riots in Portland. Earlier this summer, Oregon congressman Earl Blumenauer said that Portland wasn’t out of control, but rather, “there are some people who have strong feelings.” And Portland mayor Ted Wheeler—who is moving on account of rioters repeatedly targeting his condo building—said his strategy for addressing the violence was to just let it “burn itself out.”

Saturday marked the 100th consecutive day of protests in Portland, which began in May after the death of George Floyd in Minneapolis.