On 9/11, Newsweek Wonders if ‘Islamophobia’ Is the ‘Last Acceptable Form of Prejudice’ 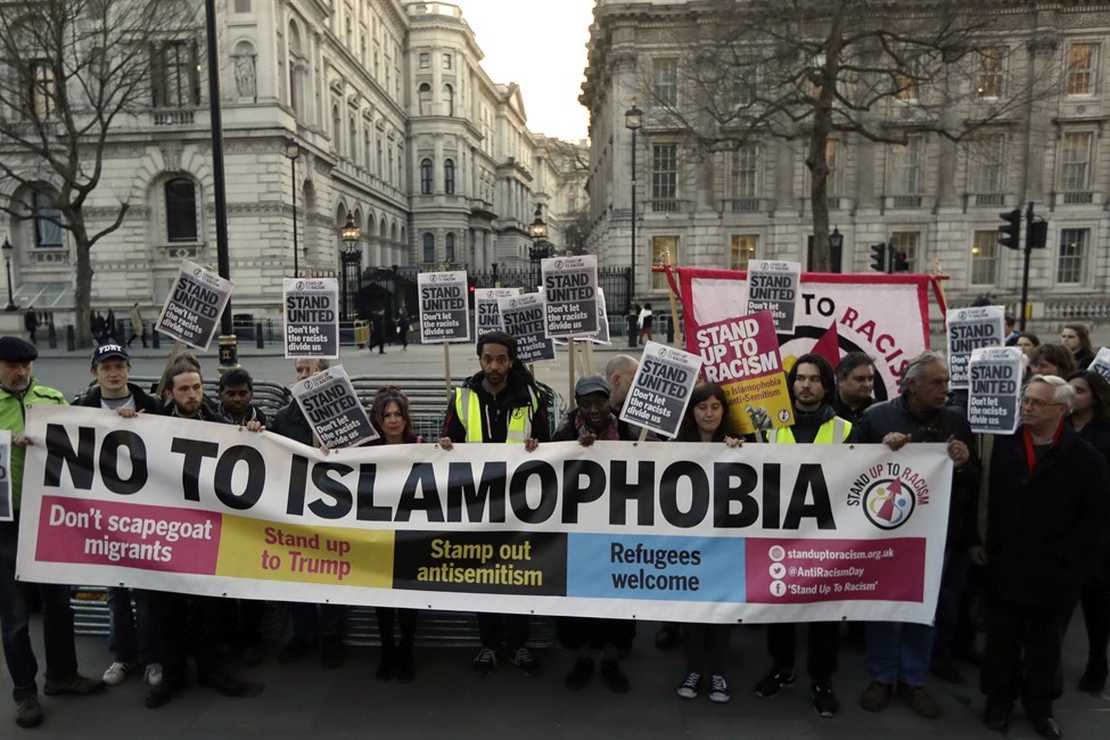 What exactly is “Islamophobia”? A Newsweek feature published on September 11 examines this question in detail – and what better day for such an examination, for as everyone knows, the story of the 9/11 jihad terror attacks is about how Muslims are victims, not about jihad terrorism. In the course of the article, Newsweek “journalist” Basit Mahmood offers several indications of what he thinks “Islamophobia” is: it is a “form of prejudice” that increases “hate crimes against Muslims.” It’s “anti-Muslim sentiment.” It’s “bigotry.” It’s “dehumanization on the basis of religion.”

Well, no one should be in favor of such things, but Mahmood almost immediately muddies the waters. He cites as manifestations of “Islamophobia” the findings that “nearly half of adults in the U.K. believe that Islam is incompatible with British values and in the U.S, a survey found that two in five Americans believe the same when it comes to American values.” Mahmood doesn’t say so, but this is not necessarily a sign of prejudice at all. Such a recognition could stem from a simple awareness of the fact that Sharia’s denial of the freedom of speech, the equality of rights of women, and more is at variance with Western principles.

Mahmood is also disingenuous when he includes this in a piece on “Islamophobia”: “Donald Trump signed an executive order dubbed a ‘Muslim ban’ by critics, banning residents of six Muslim-majority countries from entering the U.S.” He doesn’t mention that there are six other countries on the list that are not majority Muslim, or that it’s a fairly sorry “Muslim ban” that leaves 51 majority-Muslim countries entirely unbanned. The travel ban is not a Muslim ban at all, but a ban on entry by people from countries that cannot or will not provide adequate information on those wanting to enter. Mahmood is irresponsible to misrepresent the situation in this way.

Mahmood also cites a University of Arkansas associate professor, Khaled Beydoun, in claiming that the kind of populism Trump represents has enflamed “Islamophobia.”

Mahmood even drags out the failed hate propagandist-turned-real estate agent Nathan Lean to explain that “Islamophobia” is “simply driven by the fact that Muslims are different,” racially and ethnically, and to repeat the absurd and baseless claim that “Islamophobia” is a “multi-million dollar industry” of “fear merchants.”

Very well. So “Islamophobia” is prejudice and bigotry, but it’s also a recognition of the nature of Sharia and attempts to protect Americans from unvettable migrants. Therein lies the problem with this article and the entire “Islamophobia” enterprise. “Islamophobia” is a propaganda term that is used for two unrelated phenomena: vigilante attacks against innocent Muslims, which are never justified, and honest analysis of the motivating ideology behind jihad violence and Sharia oppression of women and others. The goal of this conflation is to inhibit such analysis and intimidate people into thinking it’s wrong to oppose jihad terror.

And it’s working great, as this Newsweek article demonstrates. People are so used to putting the two phenomena together that Mahmood doesn’t even bother to explain why he puts material about people thinking Sharia is incompatible with Western values and the travel bans in an article about bigotry and hate crimes. The possibility that there could be perfectly good reasons that have nothing to do with bigotry, racism, or hatred to think Sharia and Western values are not compatible (which many Muslim leaders themselves say) or to limit mass migration doesn’t even occur to Mahmood, or he doesn’t want it to occur to his readers.

Yet the truth is still the truth, despite determined efforts to obscure it. It is not bigotry or racism or hatred to oppose jihad violence and to Sharia oppression of women, or to expose their root justifications and causes in Islamic teaching. Mahmood, Beydoun, and the old has-been smear merchant Lean have to keep insisting it is because only by constant repetition can the Big Lie be put across.

Meanwhile, insofar as there really is any “Islamophobia,” in the sense of genuine anti-Muslim bigotry, “journalists” such as Basit Mahmood could go a long way toward dispelling it by writing – especially on the anniversary of a day on which nearly 3,000 people were murdered in jihad attacks – about Muslims of goodwill who are working to eradicate jihadist sentiments from Muslim communities in the U.S. and elsewhere. On the anniversary of that terrible day, such an article would have been much more fitting than yet another exercise in Muslim victimhood. But clearly, what Newsweek wants, Newsweek gets.

Robert Spencer is the director of Jihad Watch and a Shillman Fellow at the David Horowitz Freedom Center. He is author of 21 books, including the New York Times bestsellers The Politically Incorrect Guide to Islam (and the Crusades) and The Truth About Muhammad. His latest book is Rating America’s Presidents: An America-First Look at Who Is Best, Who Is Overrated, and Who Was An Absolute Disaster. Follow him on Twitter here. Like him on Facebook here.

CAIR: Muslims Are the Real Victims of 9/11

Would You Like Fries With That Anti-Muslim Hate Crime?