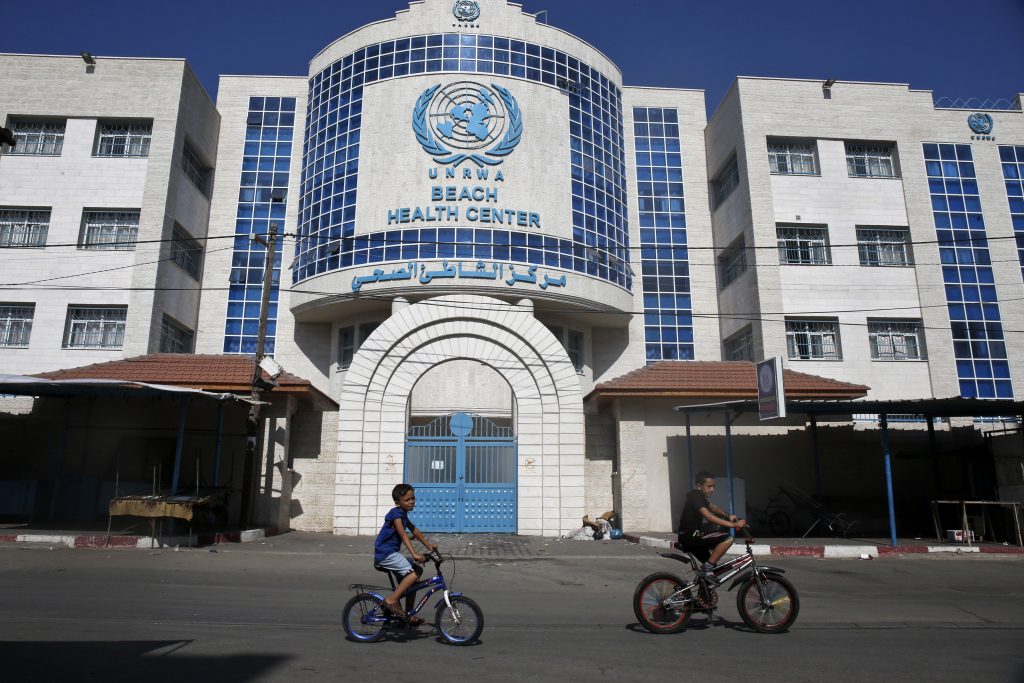 An official with a United Nations body supported by Democratic presidential candidate Joe Biden is scheduled to speak next week in Washington, D.C., before a group of Israel boycott supporters, fueling questions about the organization’s continued promotion of anti-Israel causes.

Laila Mokhiber, communications director for the U.N. Relief and Works Agency’s (UNRWA) U.S. office, is slated to appear Monday at an event sponsored by one of the foremost promoters of the Boycott, Sanctions, and Divestment (BDS) movement, which wages economic warfare on Israel.

The UNRWA official’s participation in the event is generating concerns about the U.N. agency, which saw its funding cut by the Trump administration as a result of anti-Israel controversies. Her attendance is evidence the group has made no effort to reform. In stark contrast to the Trump administration’s policy, Biden in May vowed to restore more than $350 million to the group if elected. Biden maintains the aid is necessary to boost the Palestinian government and entice it into serious negotiations with Israel on peace.

The conference is billed by organizers as “an in-depth course on legislative advocacy” in the United States that seeks to train activists to lobby Congress on issues such as BDS and other anti-Israel priorities. The host, American Muslims for Palestine (AMP), is a leading BDS group that was formed by alleged Hamas supporters and former leaders of the Holy Land Foundation, a charity shuttered by the FBI in 2001 for acting as a fundraising front for the terrorist group Hamas. Five officials from the Holy Land Foundation were indicted by a federal grand jury for providing material support to Hamas.

UNRWA’s Mokhiber is currently scheduled to speak on a panel at the event focusing on the various issues activists should bring up in meetings with lawmakers on Capitol Hill. Mokhiber did not respond to a Washington Free Beacon request for comment on her relationship with AMP and the BDS movement.

Biden’s pledge to restore UNRWA’s funding is at odds with his official platform, in which he says he will “firmly reject the BDS movement … and fight other efforts to delegitimize Israel on the global stage.” A Biden spokesperson and the campaign’s Jewish outreach director, Aaron Keyak, did not respond to requests for comment on the matter.

UNRWA was established to provide education and support to Palestinian refugees. The Trump administration cut funding to the group in 2018 over its misuse of money and support for anti-Israel educational curricula in the Middle East. Critics of the aid maintain that UNRWA perpetuates Palestinian victimhood and runs educational curricula rife with anti-Israel materials. Further, UNRWA facilities have been tied to Hamas terrorists and have been used as bases for Hamas operations. In announcing the elimination of U.S. payments, the State Department called UNRWA an “irredeemably flawed operation.”

Rep. Doug Lamborn (R., Colo.) told the Jewish News Syndicate last week that Biden’s bid to restore UNRWA funding is “unfortunate.” He said UNRWA is a “force for negative results rather than a force for positive results.”