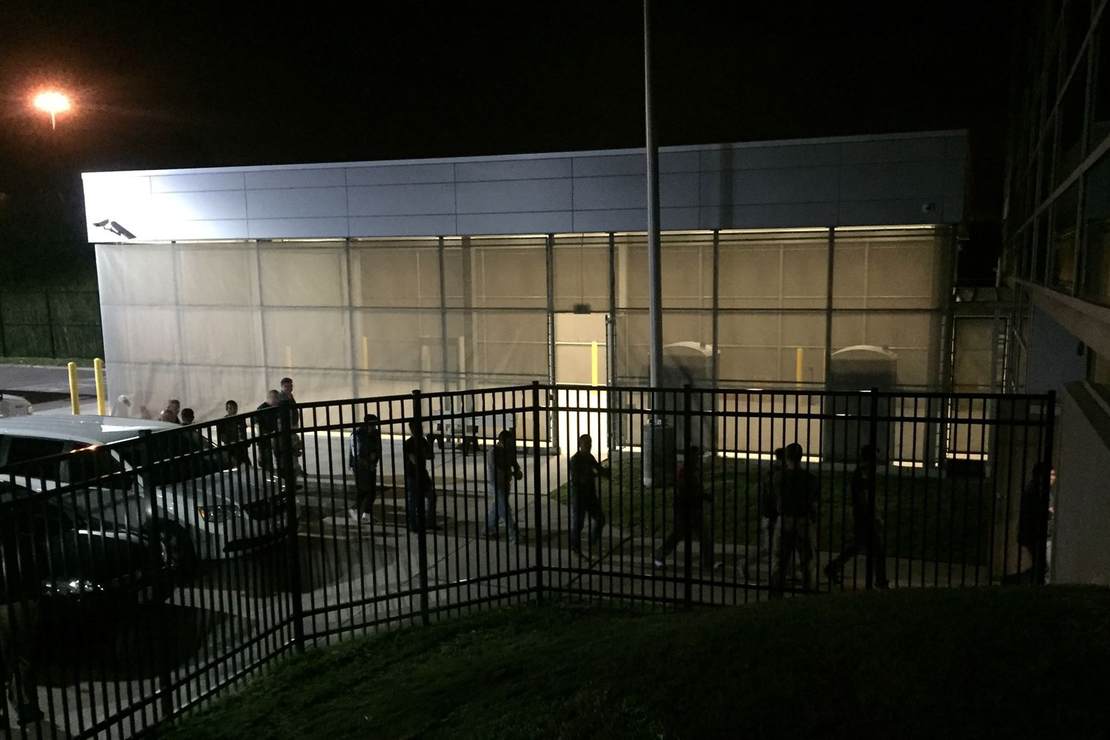 A former nurse who worked at an ICE detention facility in Georgia is alleging that an outside doctor employed by ICE performed “high numbers” of hysterectomies on female illegal immigrants being detained at the facility.

She also says that documents relating to coronavirus infections at the facility were shredded and that the number of cases was actually far higher than those reported.

Staff allegedly referred to the unnamed doctor as “the uterus collector.” The nurse, Dawn Wooten, filed a whistleblower complaint with the Department of Homeland Security (DHS).

Wooten, who worked full-time at the detention center until July, when she was demoted to work as needed, said she and other nurses questioned among themselves why one unnamed gynecologist outside the facility was performing so many hysterectomies on detainees referred to him for additional medical treatment.

“We’ve questioned among ourselves like goodness he’s taking everybody’s stuff out,” Wooten said, according to the complaint. “That’s his specialty, he’s the uterus collector.

As far as corroborating evidence, Wooten has little. The complaint quotes unidentified detainees for the most part and it alleges she was demoted after missing work with coronavirus symptoms.

She says her managers demoted her in retaliation after she raised questions about how the facility was addressing COVID-19.

Wooten is quoted as saying the call nurse sometimes fabricated seeing detainees in person when they hadn’t and that she saw the nurse shred a box of detainee complaints without looking at them. She said nurses ignored detainees reporting COVID-19 symptoms. If detainees reported a fever, nurses would put them on over-the-counter cold medication for seven days without testing them for COVID-19, she claimed.

Wooten said the facility declined to use two rapid-testing COVID-19 machines that ICE purchased for $14,000 each. No medical staff had been trained on them and she saw the machines used only once.

The detention center is operated by a private company, LaSalle Corrections. The nurse’s allegations form part of a broader complaint filed by several immigrants rights groups with DHS.

ICE will only say it is investigating the claims.

“ICE takes all allegations seriously and defers to the (Office of the Inspector General) regarding any potential investigation and/or results. That said, in general, anonymous, unproven allegations, made without any fact-checkable specifics, should be treated with the appropriate skepticism they deserve,” the agency said.

Is there a chance this story is true? Selling a uterus is not easy in the United States. Far more common are women who rent their uteruses to become a surrogate.

But harvesting a uterus for study or transplant — a rare and difficult procedure — has got to be worth something. Harvesting eggs will bring in $8,000 per egg. The same could be true of an intact uterus. It wouldn’t take many subjects to make quite a bit of money.

But it’s also possible the doctor in question — an outside physician not employed by DHS — was called in specifically to treat women at the facility with uterine problems. Those women may very well have had conditions necessitating the removal of the uterus. Wooten said almost every patient the doctor saw had a hysterectomy. This wouldn’t be unusual if the doctor’s practice was in treating women with diseased uteruses.

Of far more concern should be the destroyed coronavirus records and the deliberate undercount of cases.

The allegations are naturally being reported as fact. Rather than jumping to conclusions and imagining Hitleresque atrocities at ICE detention facilities, perhaps we should await the facts being revealed in the case before calling for an investigation by the World Court.