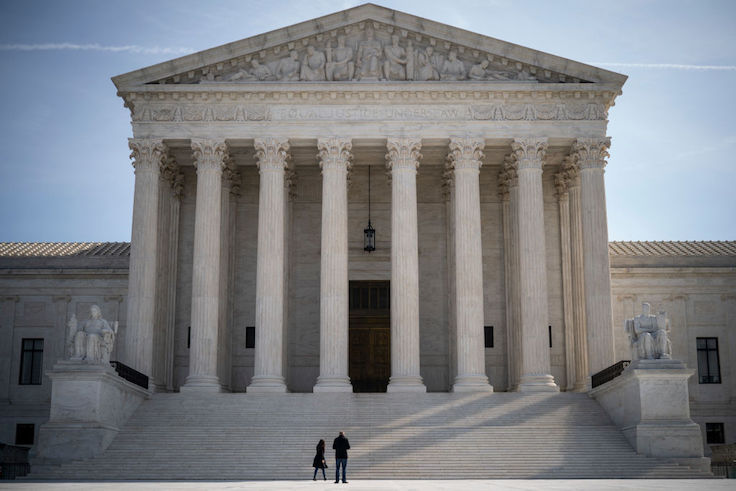 President Donald Trump’s latest additions to his list of prospective Supreme Court nominees reveal the changing politics of his bid for reelection.

Wednesday’s additions suggest a shift away from insurgent populism toward conventional coalition politicking. With this latest cohort, the administration seems to be highlighting its own standouts, paying respects to Senate allies, and reassuring social conservatives piqued by recent Supreme Court decisions favoring abortion and LGBT rights. All told, the new names indicate an evolution toward a more familiar governing style.

“The list does a lot of things politically,” University of Richmond law professor Carl Tobias told the Washington Free Beacon. “There are many nods to swing state candidates. There are several who seem aimed at the evangelical vote. And there’s a substantial sprinkling of Trump’s own backpatting—he has listed many of his appointees on the appeals courts.”

John Malcolm, a Heritage Foundation scholar who has advised Trump on judicial selection in the past, agreed that the new additions give considerable attention to social conservatives. Beyond misgivings prompted by recent setbacks, he suggested that this focus may be due in part to an important personnel change. Don McGahn, the former White House counsel and point man on judgeships, sometimes spoke of judicial selection as an appendage to the administration’s deregulatory agenda. His successor, Pat Cipollone, is a father of 10 and one among a well-placed set of conservative Catholics in Washington.

“There appears to have been a bit more of an emphasis on people who are recognized within the conservative legal movement as being social conservatives,” Malcolm told the Free Beacon. “I think there was more of an emphasis placed on that and less on judges who seem prepared to question and attack the legal underpinnings of administrative state, which was a key priority to Don McGahn. In part, then, this latest list might reflect a change in emphasis and priorities between Don McGahn and Pat Cipollone.”

The list is indeed replete with bona fide social conservatives. They include such names as Judge Stuart Kyle Duncan, a former chief counsel at the Becket Fund for Religious Liberty who attracted leftwing criticism after denying a transgender inmate’s motion to use their preferred pronouns. U.S. District Judge Sarah Pitlyk strikes a similar figure. Before her elevation to the bench, she was special counsel to the Thomas More Society, where she represented the pro-life activist David Daleiden and argued for the personhood of frozen embryos.

Hawley’s inclusion attracted immediate attention. The freshman senator boasts an elite legal resume as a former law professor, Supreme Court clerk, and Yale Law School graduate. Yet he has also accused conservative leaders of catering to niche issues and methods at the expense of the religious voters who elected them.

Tobias noted that Hawley and Cruz sit on the Senate Judiciary Committee, while Cotton is a close administration ally. He suggested the White House added their names as a courtesy given their continued support.

“Two of three senators are on the Senate Judiciary Committee and they’re going to have to carry water in the short term, and if Trump is reelected,” Tobias said. “They’re receiving kudos and thanks for their work, I think.”

Something in that vein might also be said for others added Wednesday, such as Kate Todd or assistant attorney general Steven Engel. Todd, one of Cipollone’s deputies, was considered for a vacancy on the U.S. Court of Appeals for the D.C. Circuit and is highly regarded among legal conservatives. Likewise, Engel has navigated the administration through disputes with House Democrats over subpoenas for documents and testimony, among other issues.

In the past, Trump’s Supreme Court list has been a springboard for other judgeships. State court judges who appeared on earlier iterations of the list, such as Allison Eid, Joan Larsen, and David Stras, have since been confirmed to the federal appellate bench. The White House may be positioning Todd, Engel, and others, such as Ambassador Christopher Landau, for lower court appointments, if not the High Court itself.

Democratic presidential nominee Joe Biden has similarly used the Supreme Court for coalition building, promising to appoint the bench’s first African-American woman. The president called on Biden to release a set of names before the general election.

“Joe Biden has refused to release his list, perhaps because he knows the names are so extremely far left that they could never withstand public scrutiny or receive acceptance,” Trump said.